Jcb memes or Jcb ki khudai memes are a series of memes created to show the never ending love people have towards watching Jcb machine in operation. These memes exaggerate the fact that Indians love gathering around the area where a Jcb machine or Jcb crane is working and leave all the important work for later.

Apparently, Sunny Leone started this whole deal with a picture that she posted on May 25th via her Twitter account. The picture showed her leaning on a Jcb machine with the caption ‘Career change!? LOL”. Seems like it was enough to spark the trend. The reaction to Leone’s tweet included people trolling her that her former career was better etc.

And yes, this is the reason why Jcb is trending lately. Although, the first meme on this topic came around few months ago.

It has also been noted that there are many videos on YouTube showing the machine in action which has views in millions. And thus, manipulated it to mean that people love watching Jcb digging in India.

Read About: Who Is Deepak Kalal

It was the same tweet that sparked the trend of Jcb memes which showcased the humorous patriotism of people watching Jcb ki khudai together, wherever and whenever they spot one in action. Creators took liberty to make hilarious memes showing depiction of Jcb ki khudai and came up with some funny jokes.

The first tweet that followed Sunny Leone’s post of Jcb, put oil in the fire. This tweet shared by a user irfan@simplyirfan on May 27th, 2019 that showed a groom riding a Jcb during his wedding procession.

Soon, internet users started coming up with creative memes showcasing how important Jcb machine is and the mesmerizing effect it has on people when it starts digging.

Web users started pouring their hearts out and relating the love for Jcb with various things. An example of this kind of meme was uploaded first by a user called Zakir Khan@ZakirKhan012. Here, he compared the bad situation of Pakistani cricket fans who were not present during PSL matches and the large crowd of Indians who had gathered to watch Jcb khudai. The number of people in the background of both images speak for themselves and shows the craziness and love for Jcb in India.

On 28th May, 2019 a user Adeeb Akbar‏ @adeebakbar9 re-shared the first post which was the first meme in Jcb memes sequence. The meme showed happy faces (of known actors from an old movie) and used it in the context of Jcb memes.

Its spread on Facebook started pretty much the same time it sparked on twitter. During the last week of May 2019, the trend to post #JcbKiKhudai with memes was at its heights.

Several Facebook pages came up with a variety of memes, bringing together the humor. A page called The Smoker Memes posted a meme which was made on the song lyrics from the movie Munna Bhai M.B.B.S.

On 30th May, another Facebook page by the name of JCB memes uploaded a meme which was around the lines of how important Jcb ki khudai can be. It showed a very tensed Aamir Khan questioning himself whether he should appear for an exam or drop it to see Jcb ki Khudai in the muhalla.

A user [email protected] came up with a meme that had the reference from a famous web-series Mirzapur in it. This meme hilariously celebrated the fact that Indians love to watch Jcb ki Khudai over any Hollywood film.

Me: Game of Thrones or Avengers?

Another Facebook page called Memes addict posted a different kind of meme which was all about using JCB in another hilarious context.

Did You Check: The most trending Indian Memes

The Facebook page JCB memes also uploaded a hilarious meme which showed a Jcb working in a new mohalla which apparently was the neighborhood of ‘Great Khali” and helped him get over his boredom. LOL. 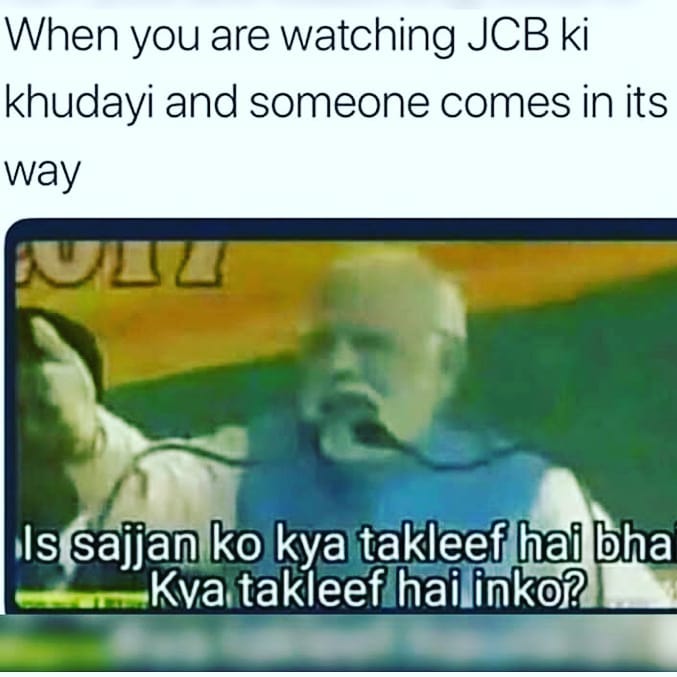 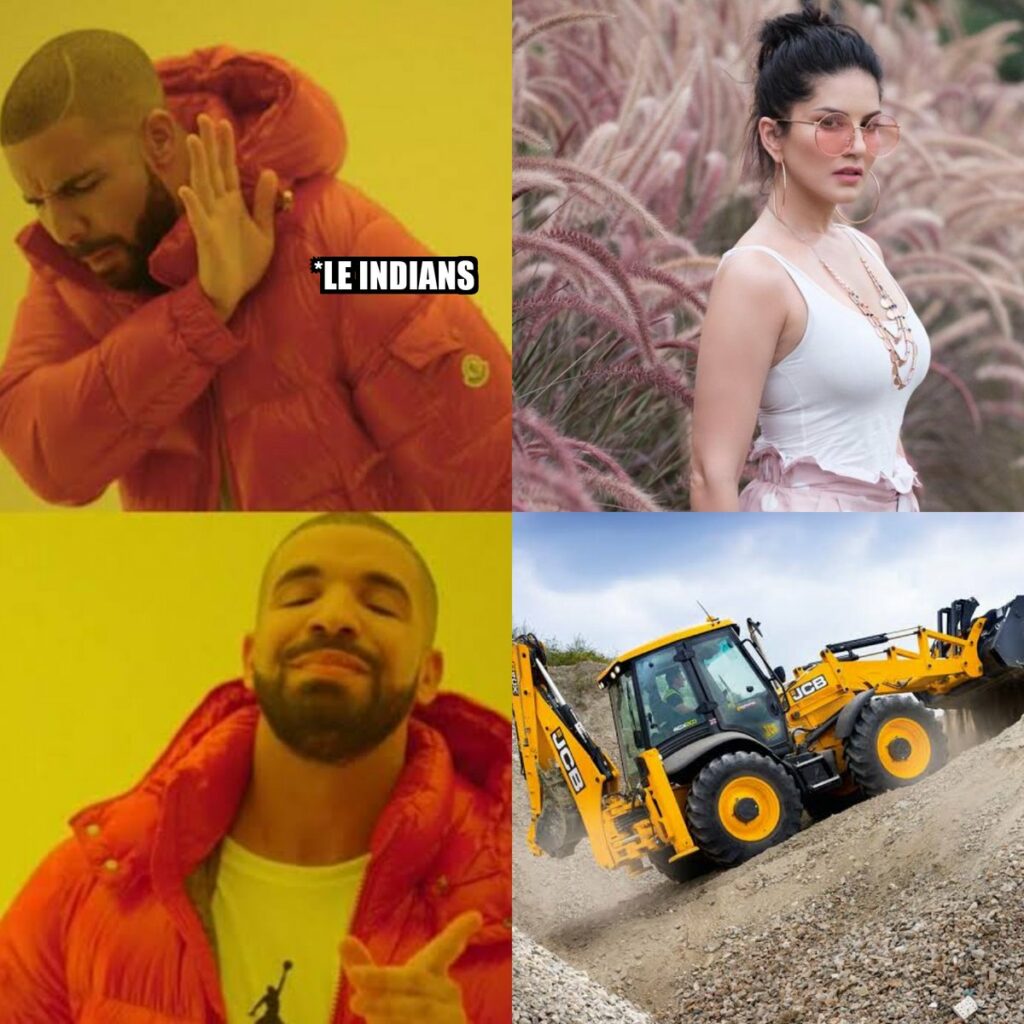 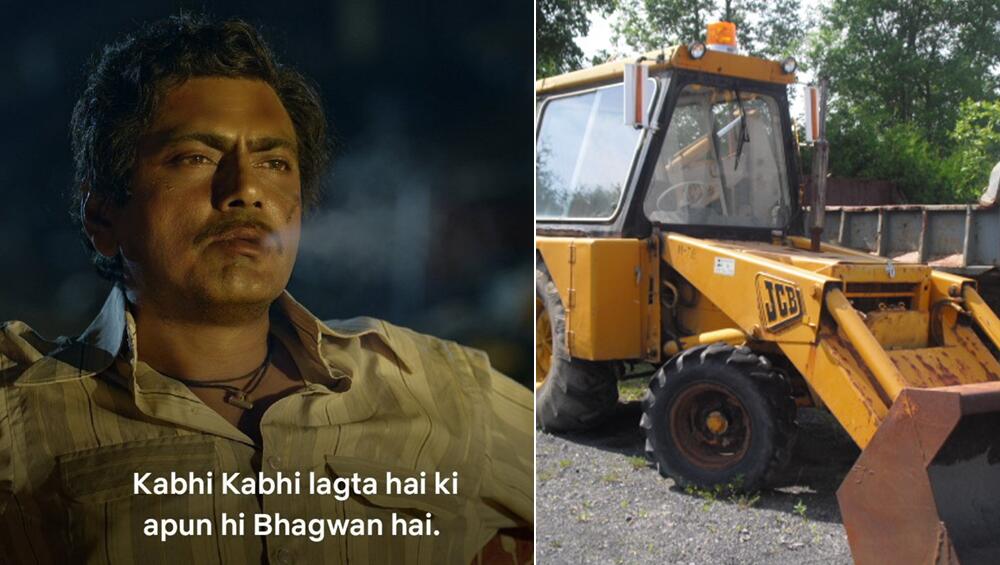 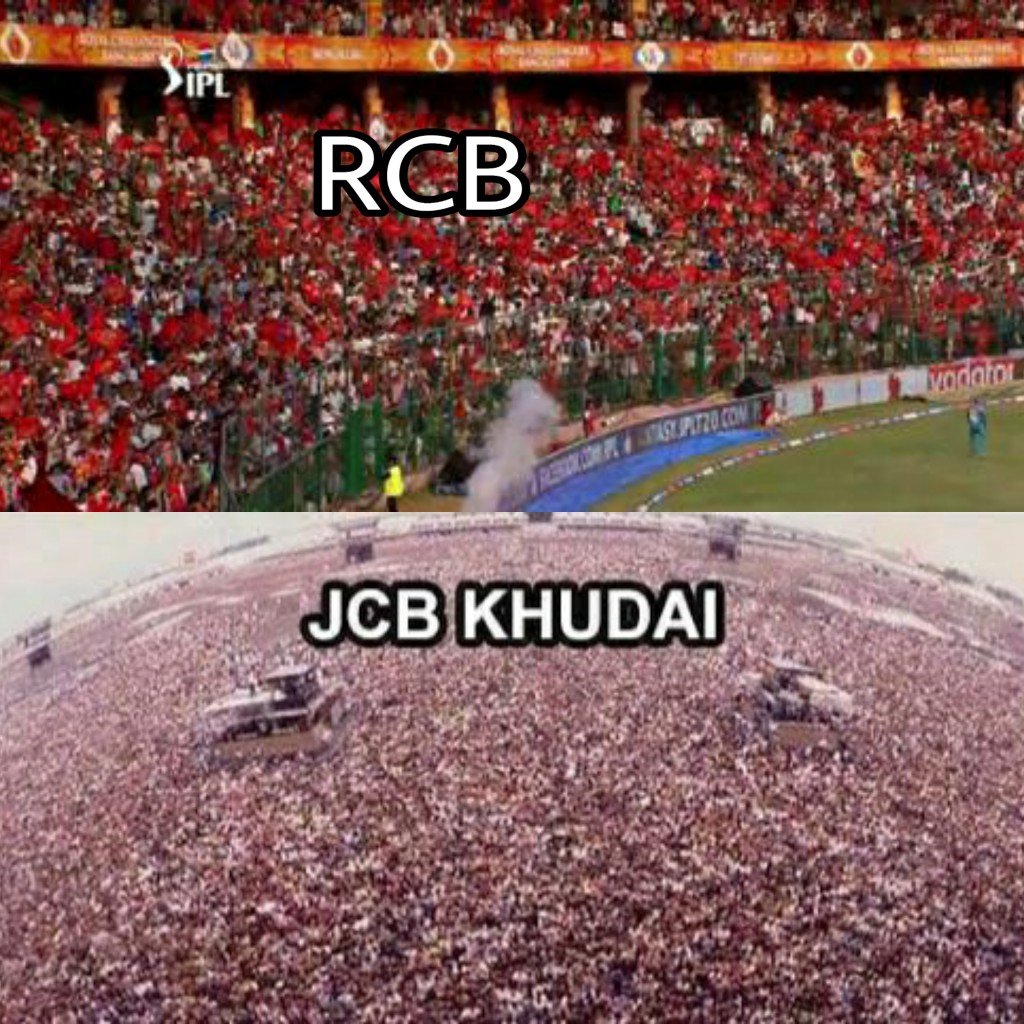 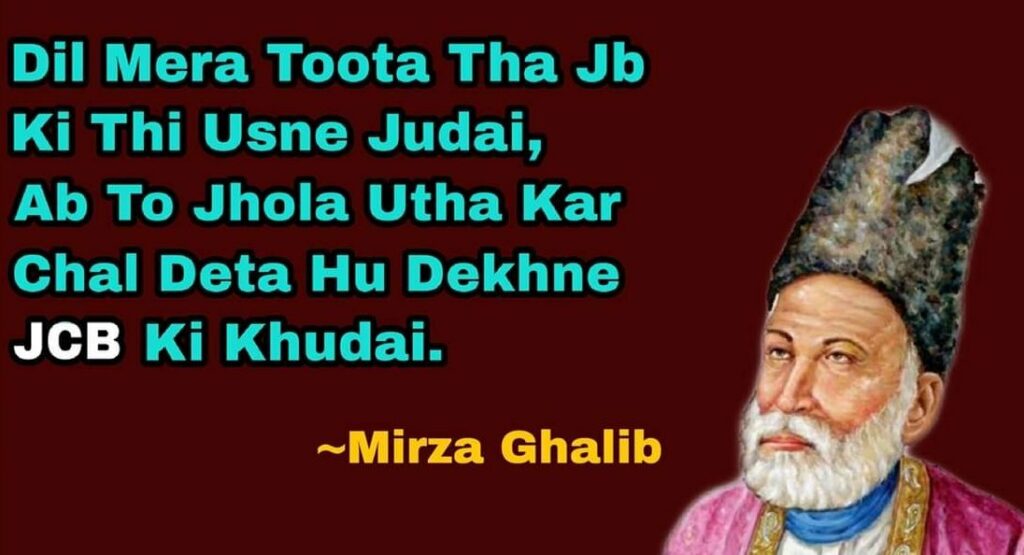 Check Out Before You Leave: Dank Memes