If I ask you to tell me songs copied by Bollywood from other countries, you will have an endless list to blur out. Well for the starters let me give an example or two, like one of the greatest hits sang by,

Anu Malik and Kumar Sanu ft. Aamir Khan in the video “Dil mera churaya kyu jab ye dil todna hi tha” was taken from “Last christmas I gave you my heart, and the very next day you gave it away”.

When it comes to stealing music who can forget about Bappi da, “Koi yahan aha nache nache” was taken from “Video killed the Radio star”.

The lists goes on!!

Stealing music for Bollywood dates back even before 80s. But hey, maybe we have taken more than what we have given, still we have original music which those English creeps copied from us(not sure if I should be saying such words because I myself am a big fan of English music(especially Hip-Hop). But still, East or West yo..India is the best!

Let me tell you the songs copied from us and how I found em out:

Know Asha Bhonsle? Who doesn’t. My god what a lovely voice. As soon as her name strikes, it reminds me of the song “Raat shabnami, bheegi chandani, doosra koi door tak nahi…Isse age ab aur kya kahein..Jaanam samjha karo” featuring none other than the new age iron man of India Milind Soman. Such a cool video from 90s that always takes me back to all the beautiful old memories associated with it and the simplicity of living during that time.

Let me tell you about her other song from 1972 from the movie Apradh. Bollywood had only one item girl at that time, I am sure you’d have already spoken her name in your heart by now “Helen”. The song was “Aye naujwan, hai sab kuch yahan“.

No no no no, Don’t phunk with my heart… clicks something ? Featuring one of the hottest woman in the music industry Fergie. 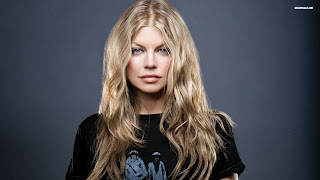 So I was sitting with my friend watching “Tech conversations with Dad” by TVF. And somewhere in that web series this song plays, I really did not pay attention to it at that time. But after sometime I started singing na! na! na! na! Don’t phunk with my heart!!!

I was like, I did not listen to this song in such a long time, how did it happen that it was at the tip of my tongue, well my slow brain started doing some calculations and Wallah!! I connected the dots!

BEP collaborated with Cody wise for this song. And as per my liking it was just an ok song. The original version cannot be compared.

Third song that I found out was by Ciara and Chris Brown. What a disaster of the original song. So they copied “Kehna hi kya” from “Bombay” and made an R&B song. I was unable to understand the parallel in the background music and the dominating upbeat music.

Well, our very own Himesh Reshammiya had to retaliate by copying Chris Brown’s song “Turn up the music” and made “Hookah Bar” from it. The song featured Akshay Kumar and was for the movie Khiladi 786.

Sochna hai kya as On the floor

My old school friend Sarvesh has helped with this contribution to the  list. I am amazed how I did not think of it while writing this post. But nevertheless, Sarvesh came to my rescue and helped with the addition.

Well, both the versions of the song did well. The english version featured Jennifer Lopez and Pitbull. The song currently has 1,034,220,311 hits on the video. Do I need to say more! The song released 5 year ago and was one of the very first videos to reach billion hits.

The original song was featuring Sunny Deol from the movie Ghayal. All the characters in the movie did an amazing job. It is one of the most successful movies of 90s.

I am sure you must have also come across many songs which has been taken from Bollywood and made English songs out of it. Please share such songs with me in the comments.

I’d love to hear from you!

Recommended Next
They denied..!!