A person goes through so many different emotions when he experiences a loved one going away from him.

Some drowns themselves in deep sorrows and let that affect for a long period of time while others use that as a source of motivation. The latter ones rise a lot higher than they expect in their lives and often achieve what they aspire. Such people focus all their energy towards becoming success in the field they always wanted.

In order to keep them distracted, they find a different purpose in life and focus on it completely. In their path, they also come across another beautiful companion with whom it gets to the level of ‘happily ever after’. Check out such love poem about how life is crazy.

But what remains constant is people often start either listening to deep shayari or start creating one.

From a broken heart though, the words that come out are pure and reflect on the person’s current state of mind. Check out some of these deep shayari from such a poet who got his heart broken and came out shining! 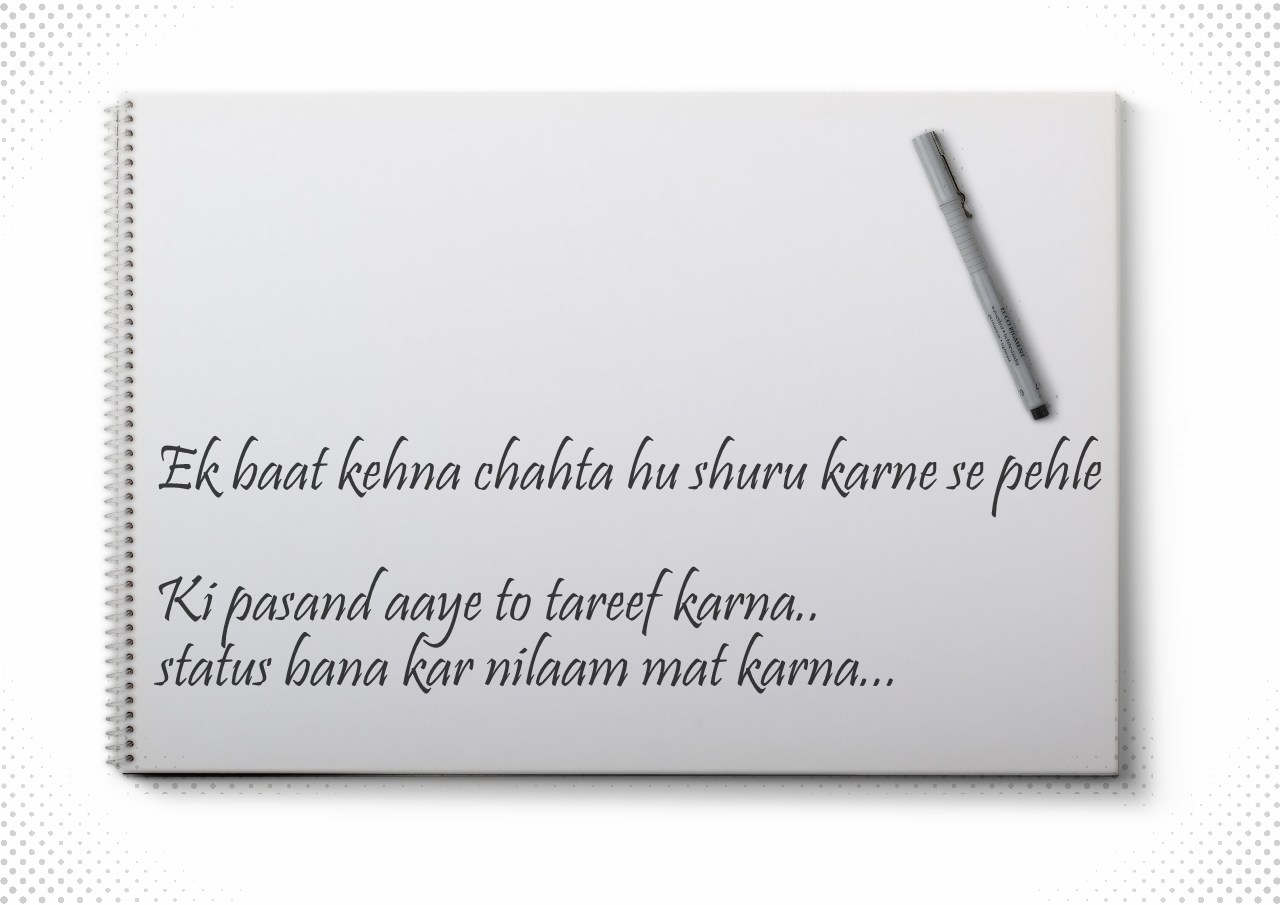 English translation: I’d like to say something before I begin expressing my thoughts.. applaud if you like them, don’t auction on your social media.

Meaning: The writer is worried about how social media is capturing the mind of the individual. Anything that is happening in their lives, whether good or bad, their first reaction is to share it on their social media and value it based on the appreciation or sympathies they gain.

In this horde, the real meaning of appreciation is lost somewhere, instead of him being praised for it right there, people are busy sharing his lines on social media rather than focusing on the story behind it, so in a way he may be getting fame for his art but at the very same time being auctioned for it. (Also, referring to all the great/unique work is often auctioned like paintings). 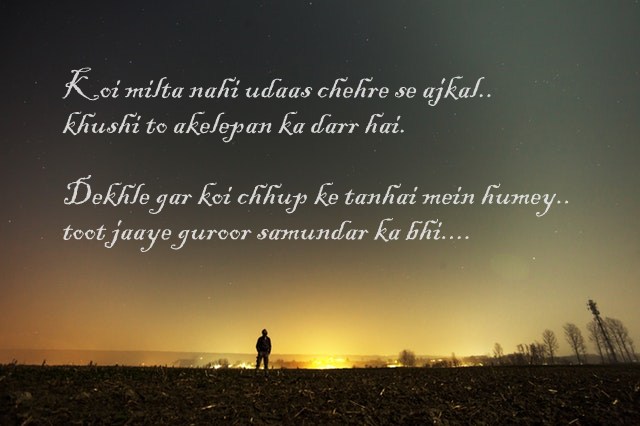 English translation: No one meets a sad person. Thus, the happy face is just fear of loneliness. If someone sneaks in on me while I am alone, even the most egocentric will break..

Meaning: Writer describes how the lack of time in today’s world has made everyone so egoistic that they only think about themselves and their happiness. They have forgotten how healing someone’s broken heart would give them comfort. Instead, a sad person is left alone in today’s world because everyone is seeking for happiness.

Thus because of that, the writer fears being alone and thus fakes a happy face. But in his lonely time he is often found so deep in his sorrows and helpless that even the most selfish person will come forward to comfort him. 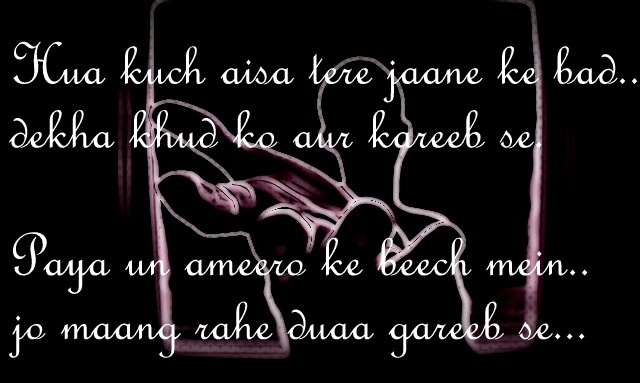 English translation: When you left, I explored myself more, and found myself among those riches, who are seeking for blessings from poor..

Meaning: Another deep love shayari in which the writer explains how he felt after her lover left him. He started spending more time with himself and thus came to know more about his personality. He compares himself to those people who are wealthy but lacks the best things of life like peace of mind, care and blessings of loved ones etc. And those riches are usually found helping poor so that they can gain their blessings and ask them to wish for their well being.

It is believed that less fortunate are considered to be closer to god and thus if they wish for someone, it is often heard by the almighty and the wishes are granted. 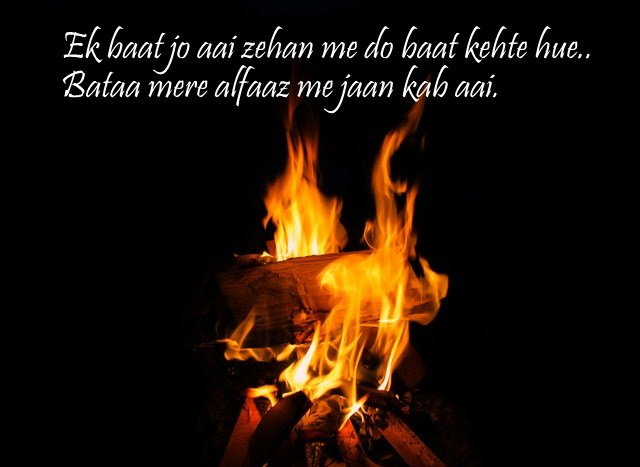 English translation: While reciting a poem, a thought occurred, when did my poetry became so strong?

Meaning: Writer is trying to explain a moment in which he was sitting among his friends and they were insisting him to recite a poem. As the writer was about to begin, a thought occurred in his head where he was questioning himself. In which he found out how his broken heart turned to his strength and made him a wordsmith.

On the other hand, he is also commenting on the listeners by saying, ‘I understand how you find my poetry so amusing and relatable, but have you ever thought of asking me about what happened in my life which led me to express a broken man’s words so clearly’. 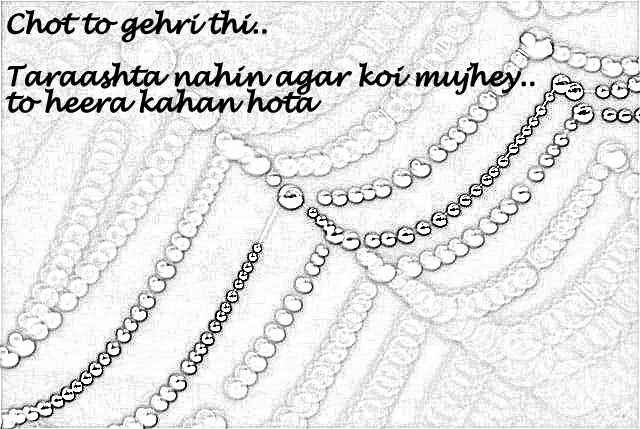 English translation: My wound was deep, but to make a diamond shine bright, cuts are necessary.

Meaning: His break up gave him a severe wound. It scarred his heart for a lifetime. But he later realized that it is not scars anymore, in fact falling apart from his woman made him stronger and better than before. He is successful because he now has a bigger purpose in life and with his achievements, he is shining bright. So, in a way the writer is thanking his lover to have left him which gave him focus and dedication in life. 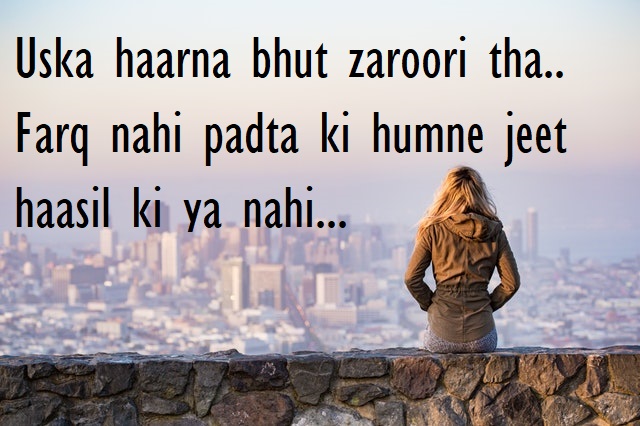 English translation: His loss was important for me.. doesn’t matter if I got to win or not

Meaning: This is inspired from the story of Rani Padmini. When the King Ratan Singh and his entire army was defeated & killed by Allaudin Khilji to acquire Rani Padmini. She and the other women of that town decide to Jauar(a form of a suicide by women to avoid rape and enslavement) to not let that happen. So, in a way Queen was successful in not letting the wish of Allauddin get fulfilled. But to make that happen, she had to lose her life. 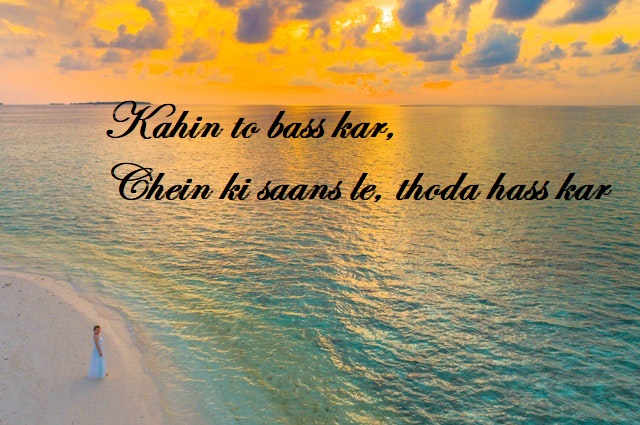 English translation: Make peace with what you have at some point, otherwise it will all end one day just chasing

Meaning: Everyday you get to face new challenge. But then at some point of time, you have to  make peace with what you have earned. Whether it is money, family, expectations etc, one day you need to stop and show satisfaction to the life you have lead. Then you will be able to really enjoy the life you are about to lead. 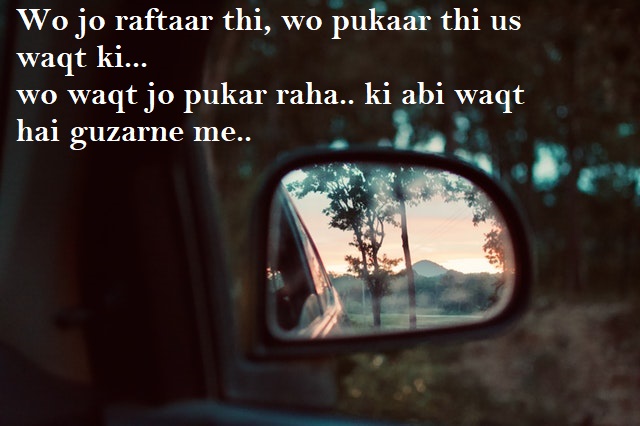 Wo jo raftaar thi, wo pukaar thi us waqt ki..

English translation: That pace was amazing, but was that signifying the call of the time?.. I guess that call was crying out.. that there is still time for the time to pass..

But then there comes a moment when you still see that little spark in you.

You are driving for a road trip and reach the highway. And realize the day is little clearer than usual, the air is fresh with signs of winter, an open highway with no one at sight till miles. And straight road barking at you to test yourself one more time and maybe this time let all your fears fade away so you can feel the young in you just one more time. 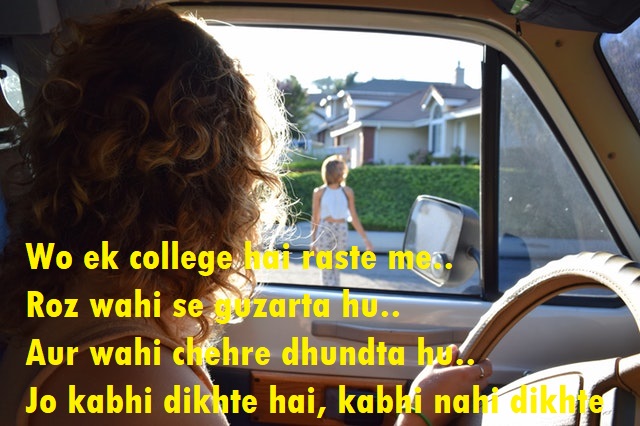 Wo ek colleege hai raste me..

English translation: There is a college on my way, I pass by it every day. I try to find the same faces each day, somtimes I succeed, sometimes I don’t.

Meaning: This is about a person who is now got a settled job in corporate and earning fine. He follow the same route to his office everyday. And not very far from his home, there is a college on his way. He see bunch of students everyday in groups laughing and sharing conversations. This reminds him of his own college days and his own batch mates. Sometimes he is able to relate few people that would resemble with the friends he had in his college days, while sometimes he would find new generation behaving totally different.

Hope you liked all these deep shayari, poetry, couplets by whichever name you want to refer them. Do share in comments the shayari that struck your heart and you remember them still!

Recommended Next
That’s for her…….!!