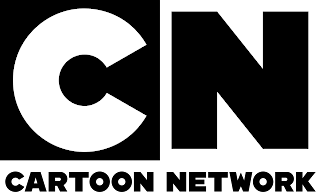 Have you heard about this term 90s kid? Some of you who are reading this would already be 90s kid so they need no explaining while others who are pissed listening to this term again and again would want to know what the hell does this mean.

Well, any individual whose current personality is influenced a lot by what he used to follow or do during 1990s is known as a 90s kid. Some of these traits are very common as listening to common type of music or songs, watching some very famous shows etc. etc.

I am a 90s kid as my birth marked the beginning of the era(I was born in 1990 😛 ). How can I not talk about Cartoon Network. Well for most of the kids who could afford a cable network, this channel was their lifeline. The topic of conversation in school, villains in those series be the calling names for friends and what not. Everything was related to the shows that were aired on Cartoon Network.

You ask me any show that they aired during that time and I would definitely know it. There were shows you wouldn’t believe I left my coaching for. Since the show timings clashed with my tuition timings, I got annoyed and left my tuition. That show as Jacky Chan adventures. Those talismans and their powers always excited me. And if you have watched that show then you will know who Shadow khan were.

I saw dragon ball Z first on Cartoon Network. And while doing my MBA I was still watching that show by downloading it from web. When I saw the trailer of this series, it tempted me so much I told my own made stories about this show to all my friends. Later, when the first episode of that show was to air, I invited all my friends to my place to watch it together.

You must be wondering why I am writing Cartoon Network in full words while I could use the abbreviation. And someone who got same love as I have for this channel, would have already appreciated me for acknowledging the difference between Cartoon Network and CN.

I bring forth this post to cherish that time and some of the shows and their theme music which we remember by heart and still sing them during drunk moments!

Who don’t remember these mechanics who built a super marvelous fighter plane from scrap. Bahadur bille!

I wanted to share the Hindi versions of The mask intro song and Captain planet’s intro song. But unfortunately I searched a lot on internet and couldn’t find. Not sure where can I get to listen to that same song again. The mask in Hindi was fantastic. Nevertheless, my search will be on and as soon as I am able to locate those themes, I will definitely share with you. Till then cheers!

Don’t forget to share your favorite cartoon from 90s.

Check out my post about English songs copied from Bollywood