Skip to content
Indian-memes Backbencher Memes: Meaning And The Most Trending Memes

‘Backbencher memes’ are a series of memes that explore the capability and talents of students who prefer being as far as they can from the teacher, i.e. on the back benches of the classroom.

These creative memes clearly describe how the backbenchers deal with the everyday situations in class and survive the wrath of the teachers with such ease that sometimes even the teacher gets confused.

First benchers have always been the ones with nerdy looks, Einstein cloned brains and immense urge to please the teacher with anything and everything (especially to remind teachers for taking tests that they themselves have forgotten about.)

On the other hand, backbenchers are the ones with swag and rebellious blood pumping in their veins that make them look like the celebrities of the school. They are famous for, mostly being found outside the class rather than inside. Also, they are awarded with unique names by teachers and sometimes even principal that proves their fan-following.

Keeping the same fact in mind, twitter users thought that it would be cool to spread the talent and unique thought process of backbenchers via memes, as Indian memes have become a powerful tool to achieve fame.

Some of the early memes shared is from Pushkar‏ @Pushkar35149382. It showed what the backbenchers do when they are asked to stay quite. 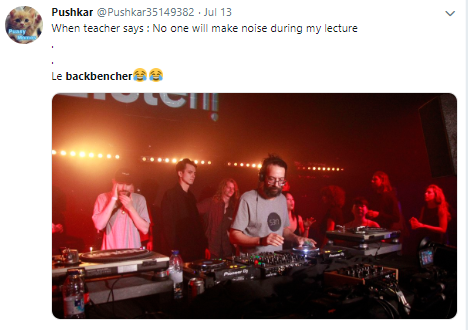 Whether it comes to maintaining “pin-drop silence” in class or to respond to the questions asked, the backbenchers memes highlight the various situation and moments of school and college life.

On the same day, another major fact about backbenchers and their rebellious nature was being portrayed in a meme by a Twitter user Pranjal ?‏ @PranjalDobriya1. 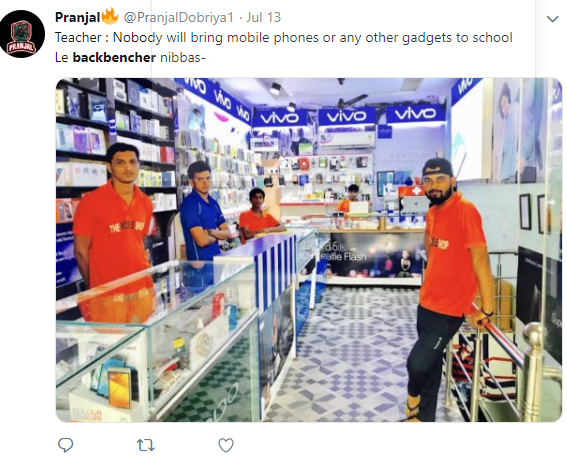 With this, backbencher memes became the latest meme to be doing rounds on the Internet.The idea behind this trending meme is to showcase how uniquely backbenchers would react in various situations. Especially, doing things that they are not at all supposed to do.

From classrooms to college, various contexts have been used and memes have been created on backbenchers. After all, their reactions are priceless and so out of the box that it leaves a person ROFLing.

After the backbencher memes took a toll on social media, another Twitter user Kaustubh Pandya‏ @memer_by_lungs came up with a meme where there was a direct conversation between the teacher and le backbenchers. And yes, before you ask it it was priceless. 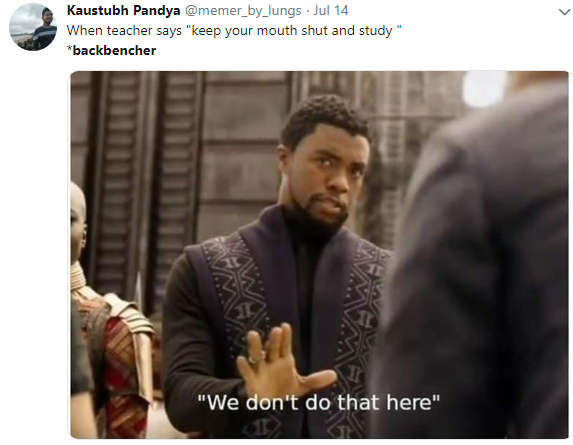 Another context in which the meme was made around the restriction placed by teachers in class, specifically the ones related to no eating. Damboo_Tweets‏ @DambooTweets came up with one of the most relatable ones. 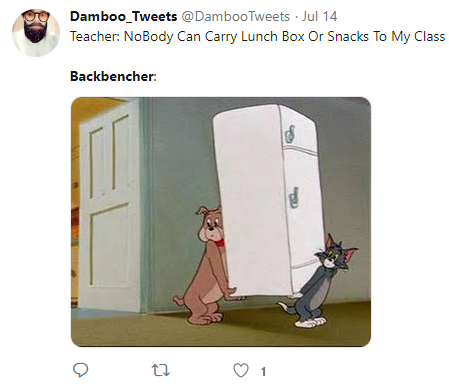 Naturally, the topic of crackers had to be brought up in the context of backbenchers, and as always they came up with an awesome answer. And ABHI-ABHISHEK‏ @bhatktiiaatma came up with the most relatable meme. 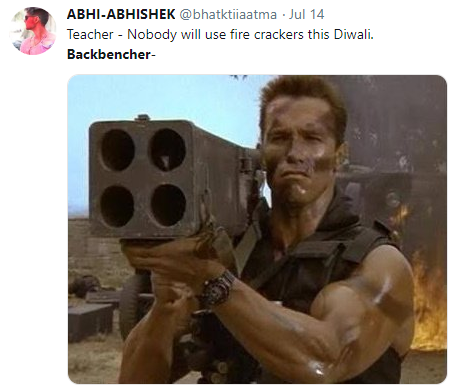 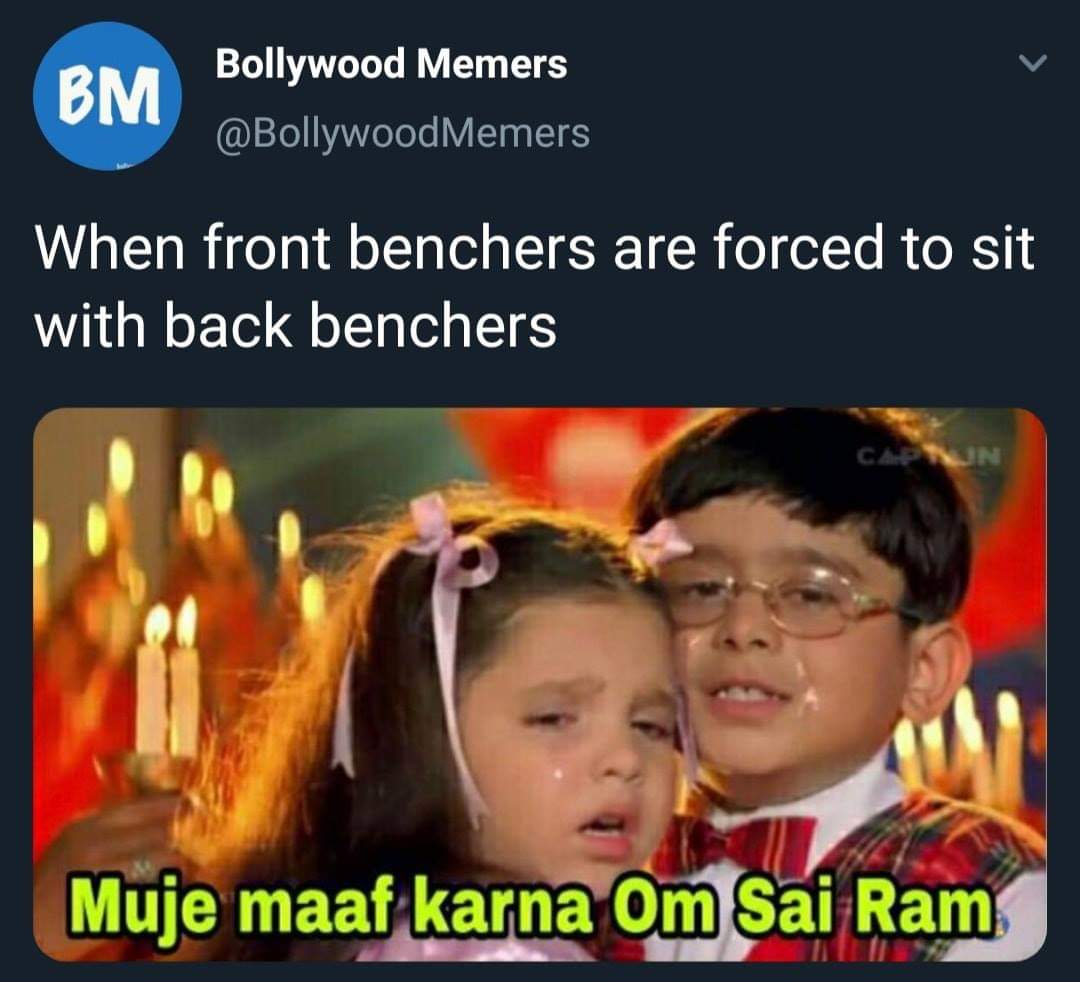 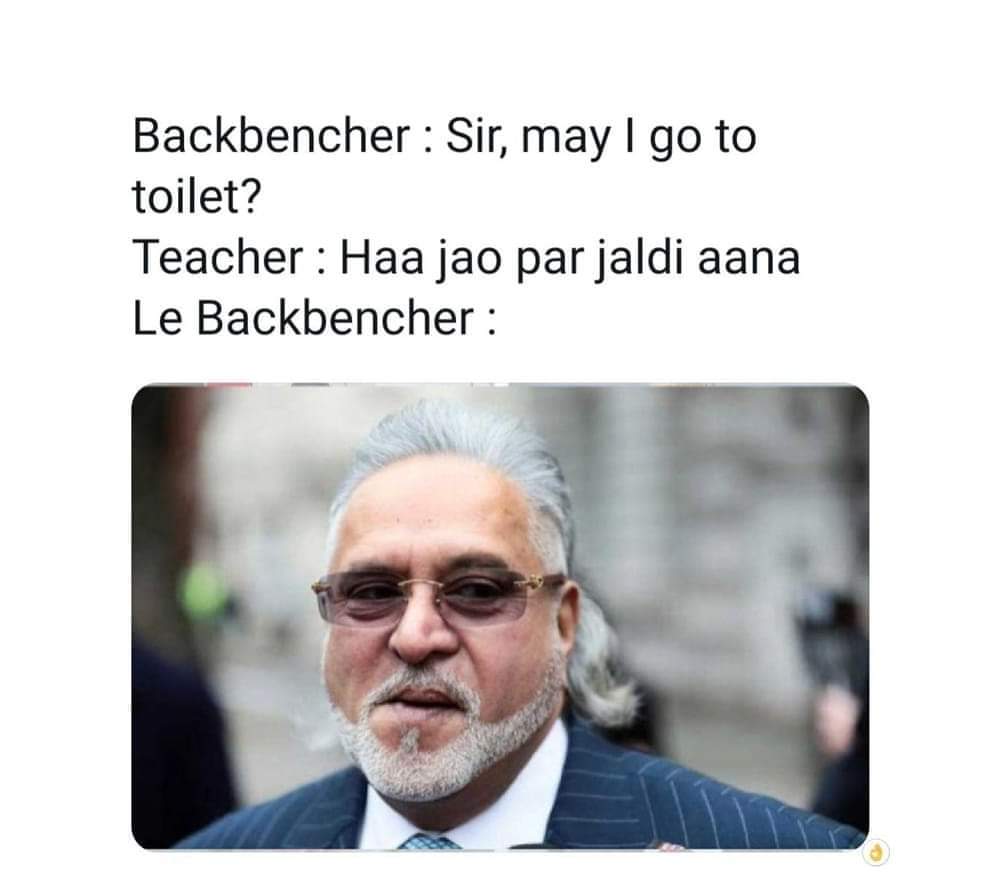 3. But Middle benchers are feeling the pain too 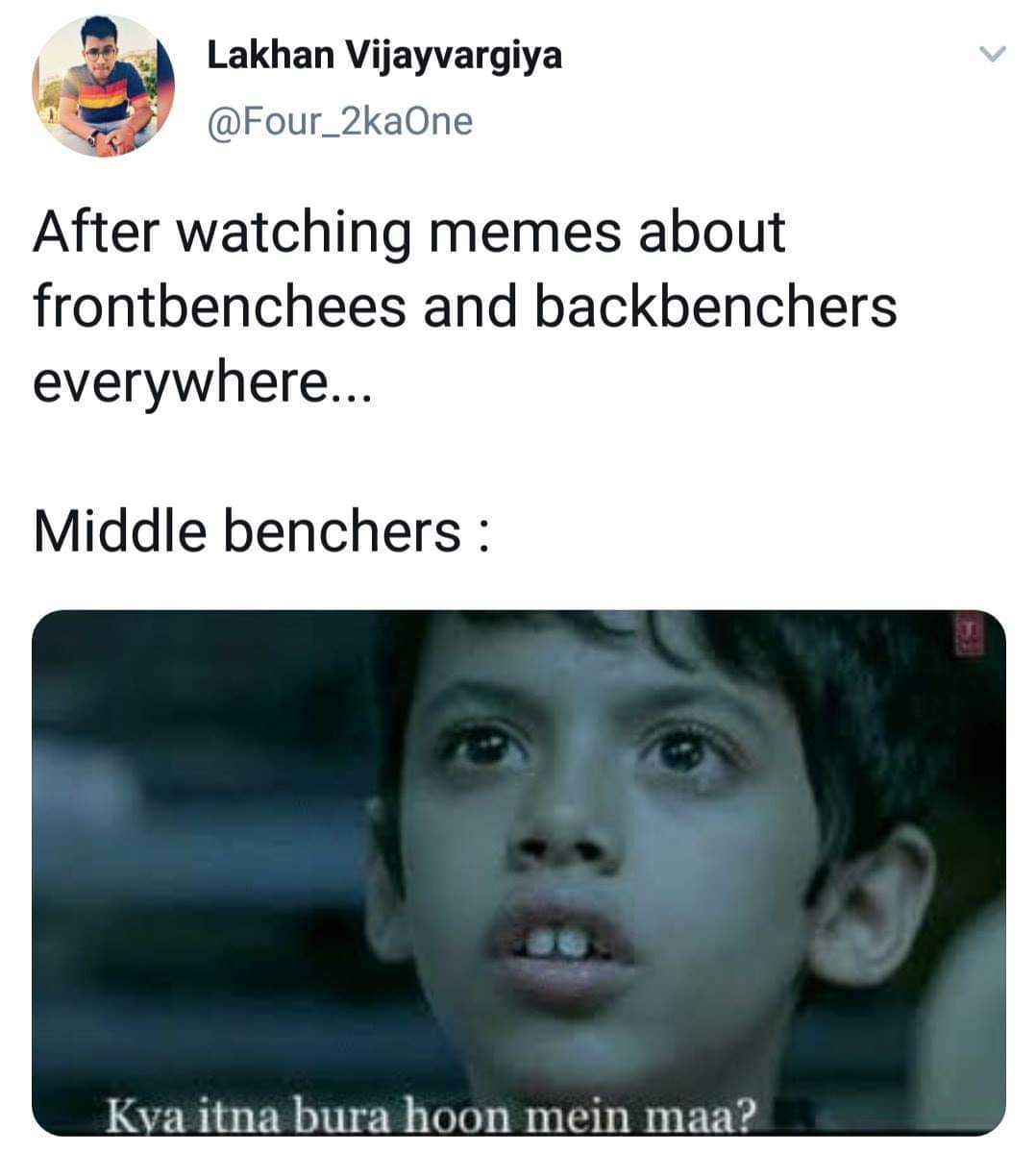 4. That reminds, have you moved on from World cup? 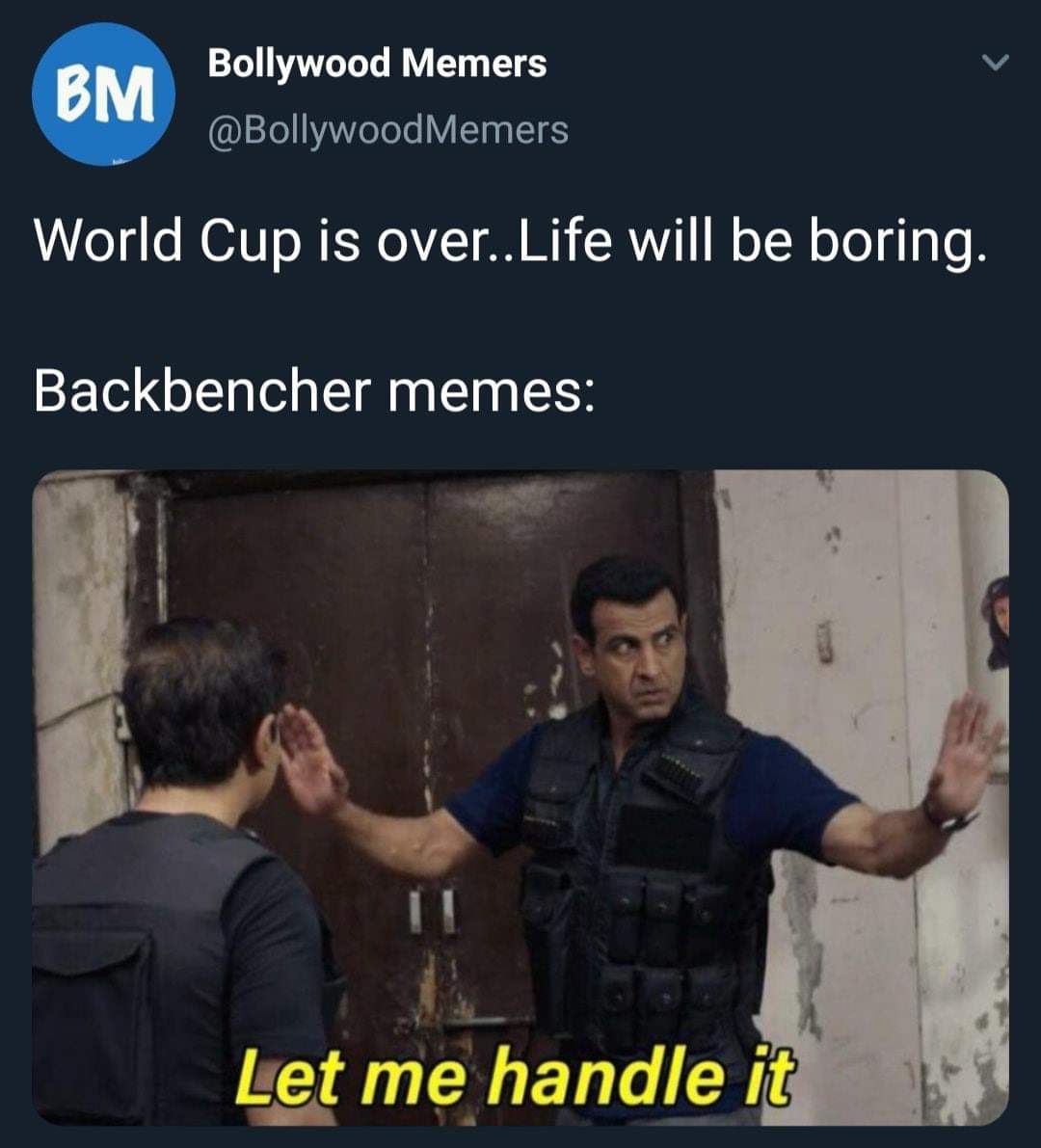 5. But no one can move on from Sacred games 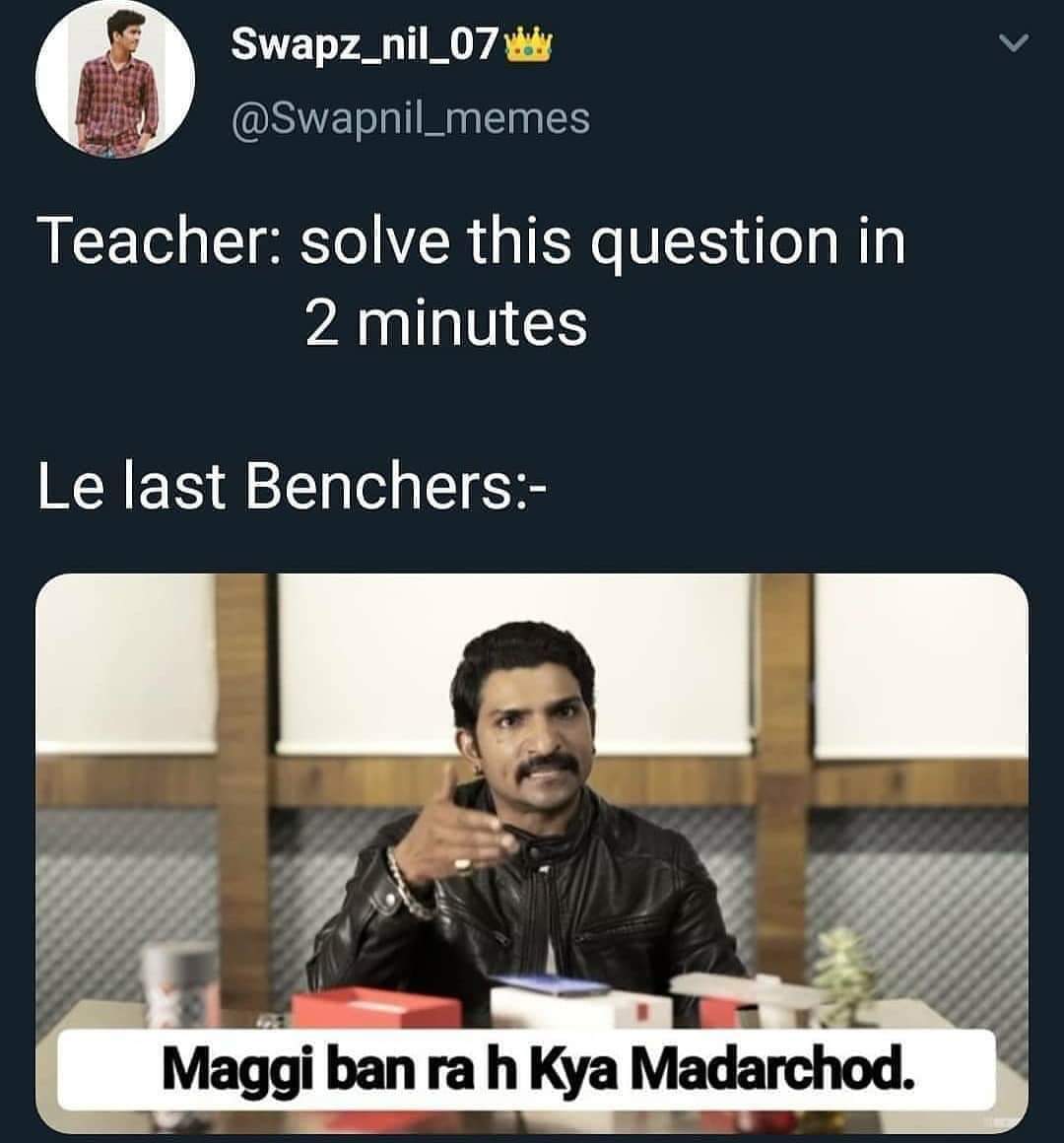 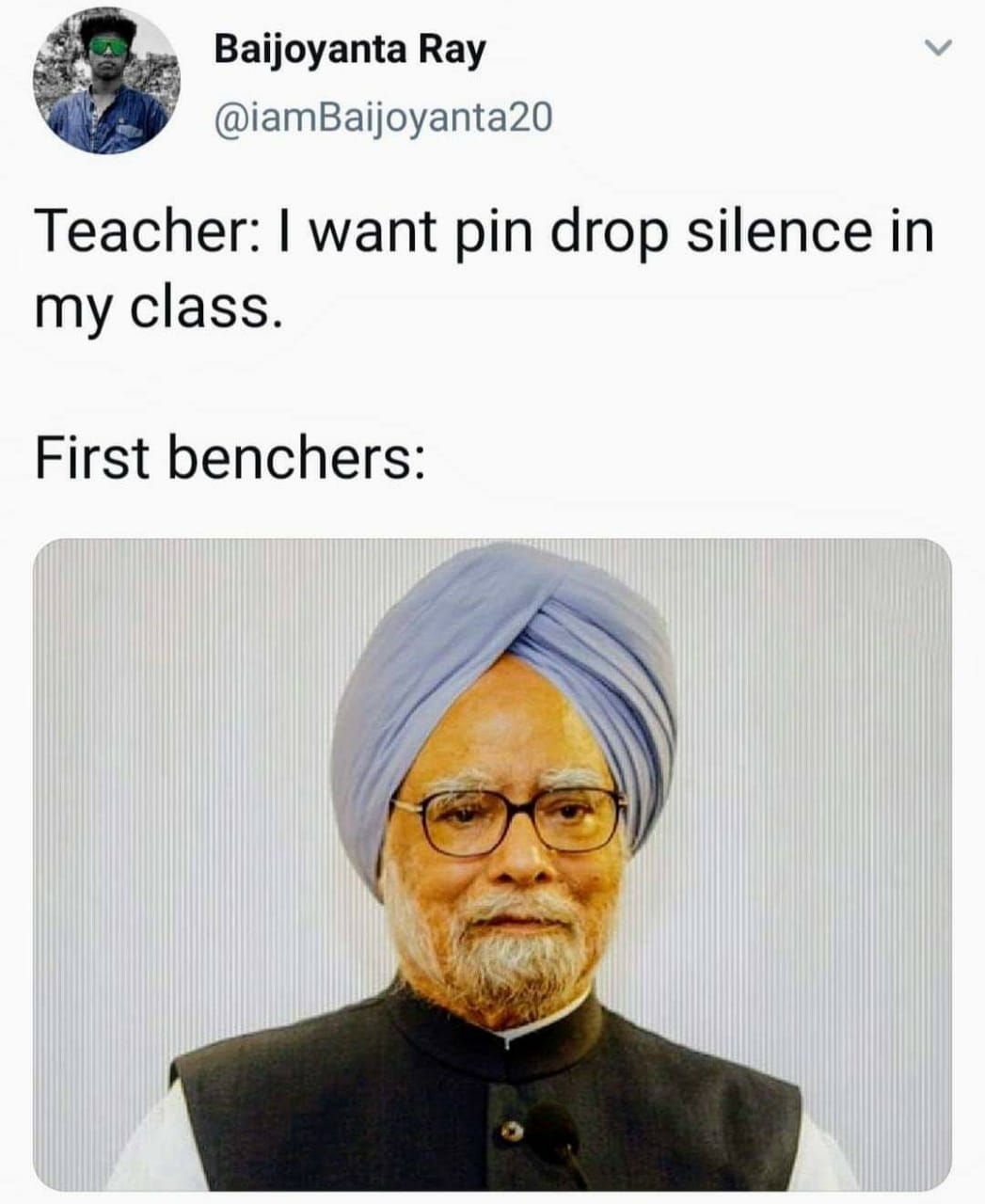 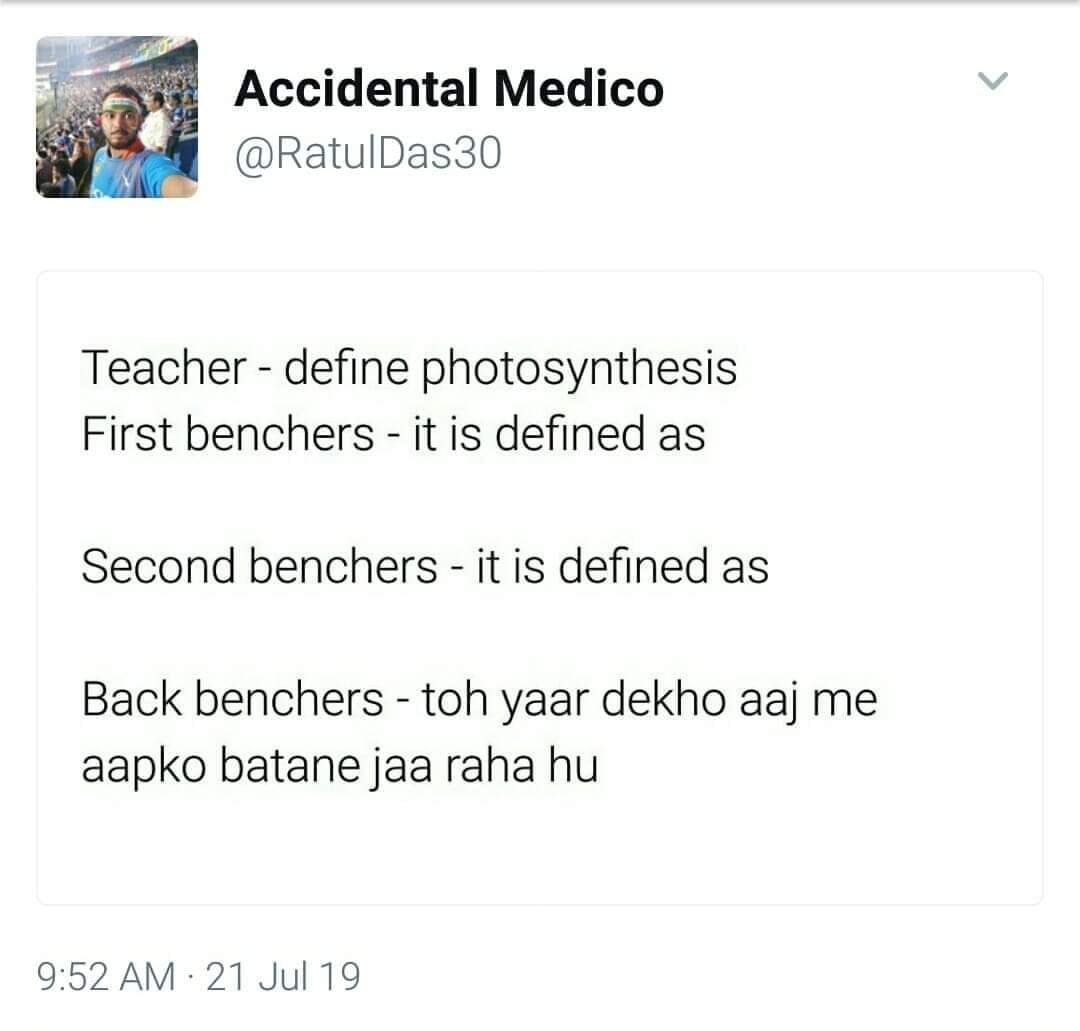 8. However, Babu bhaiya can make his entry anywhere 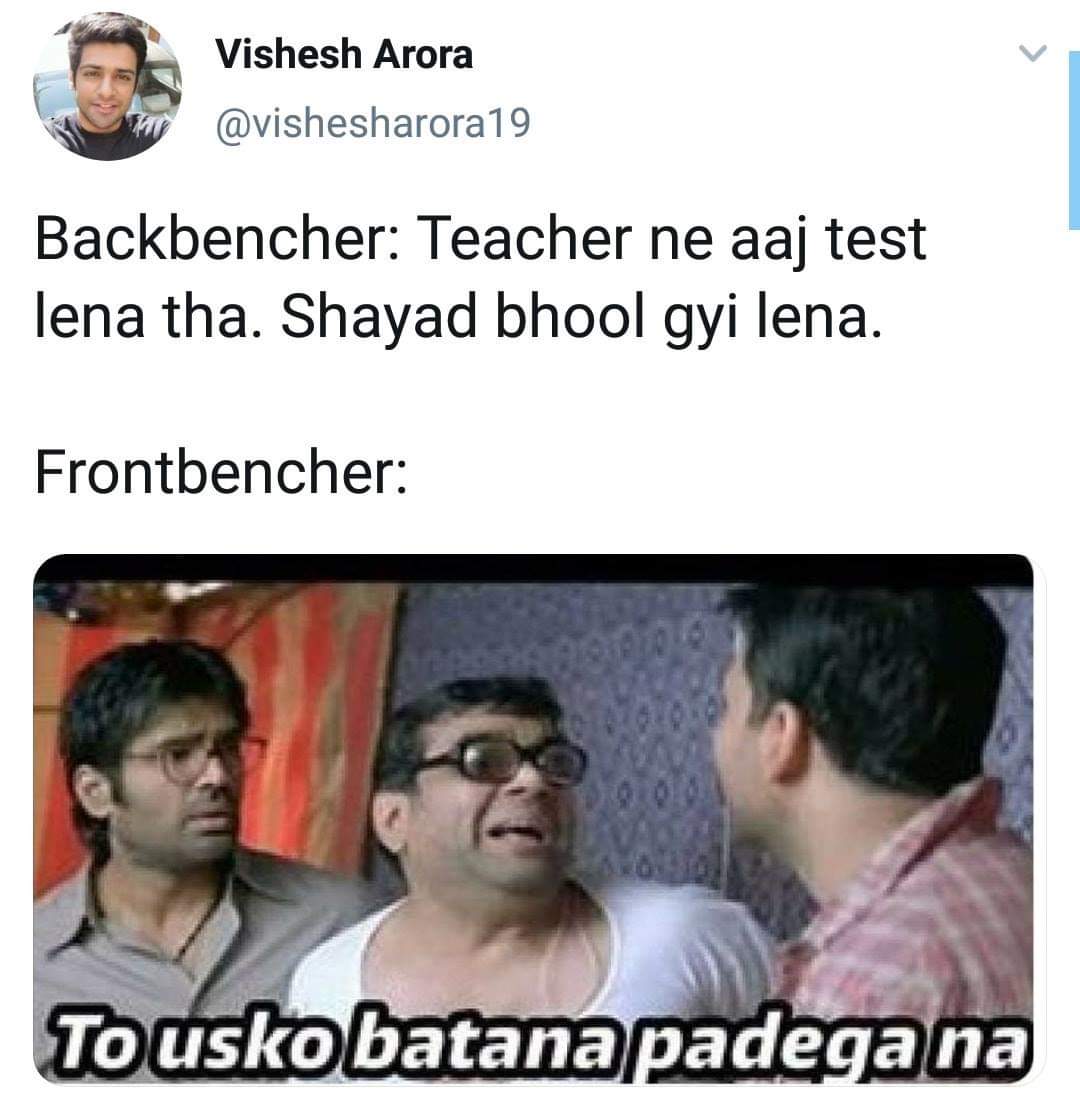 9. And so can Mirzapur’s Guddu bhaiya 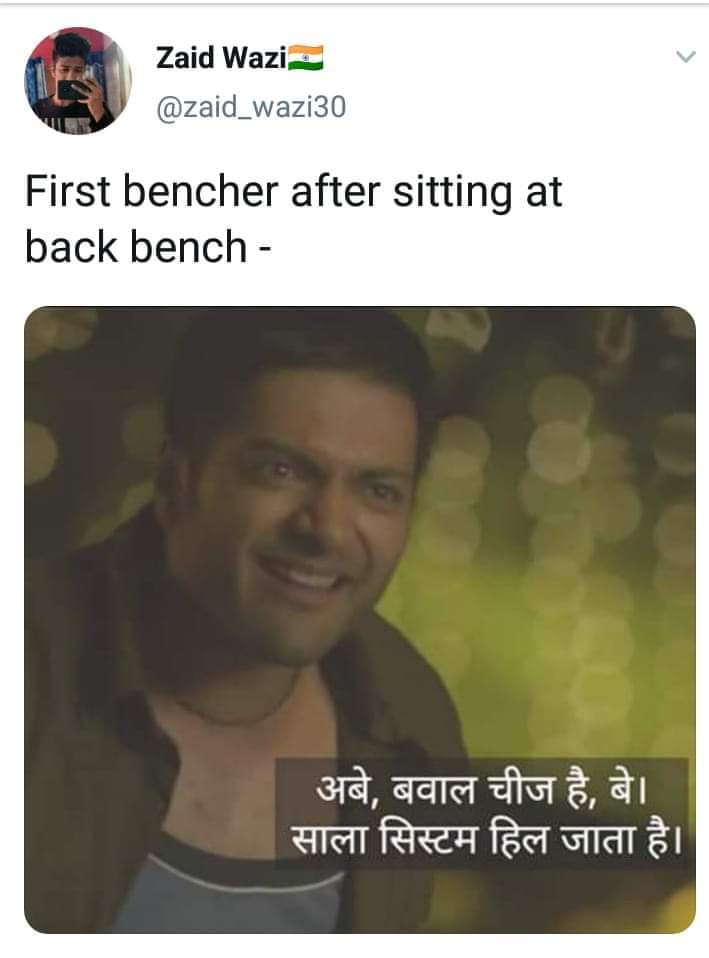 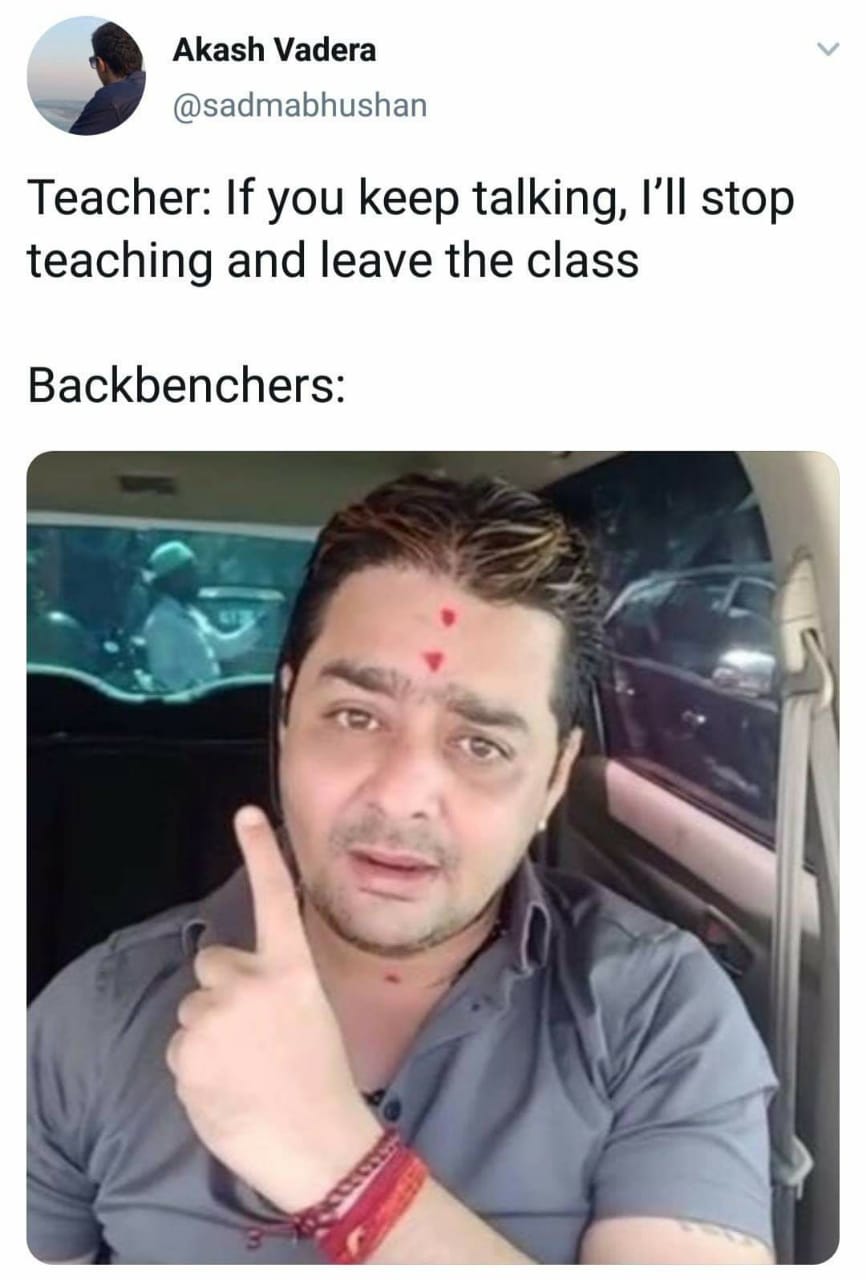 11. So, how could Captain America stay behind? 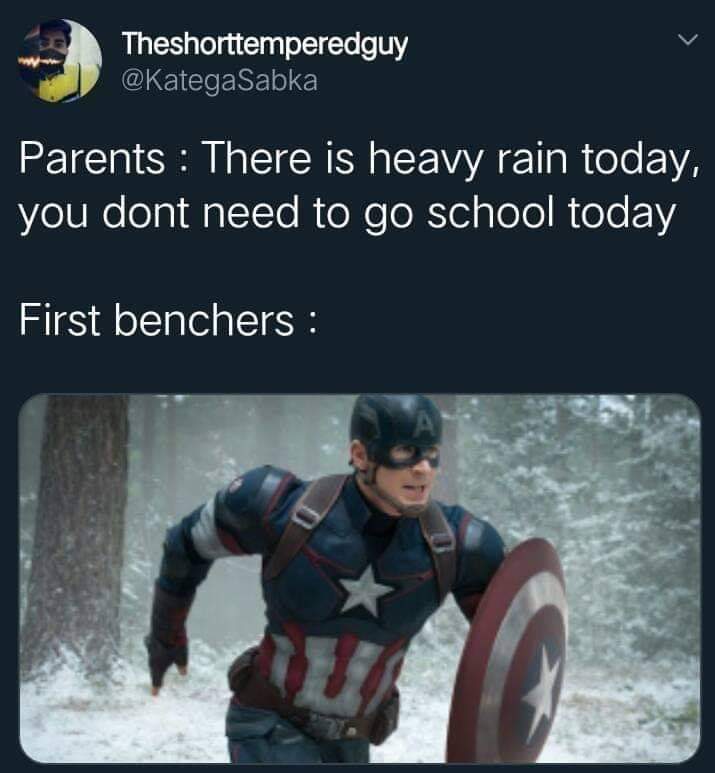 12. Thankfully, this Pakistani fan stood up for middle benchers 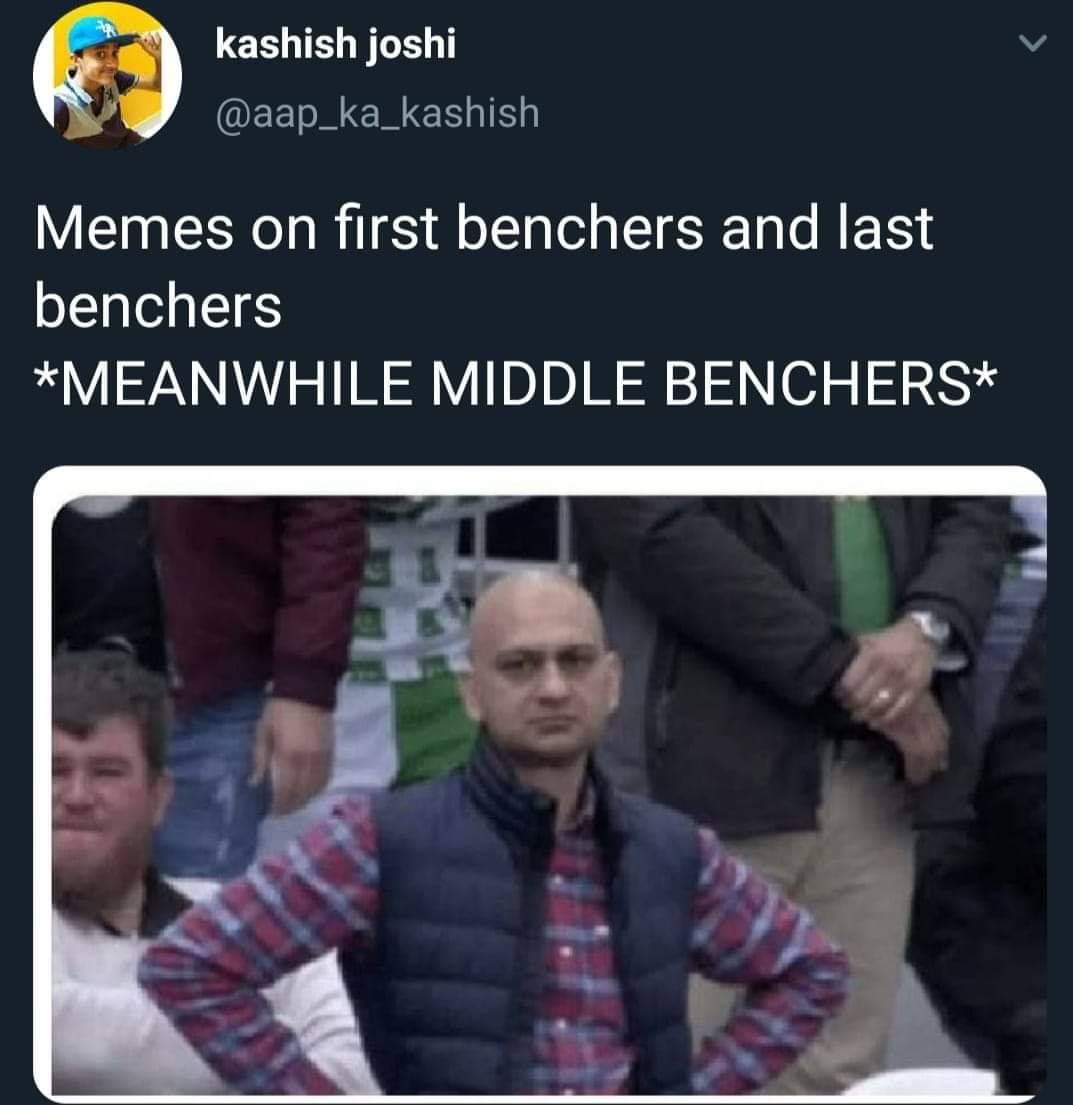 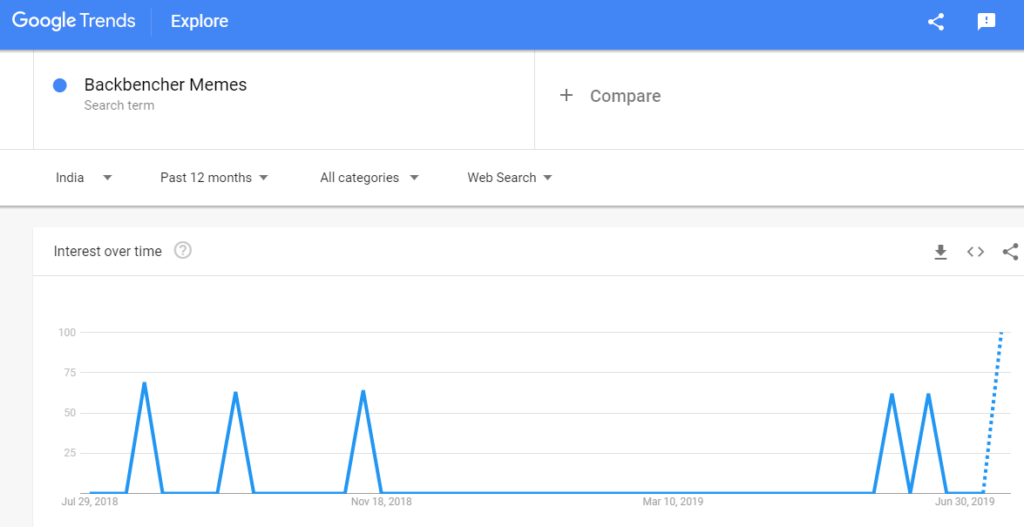 Who Is Dancing Uncle – Sanjeev Shrivastava And Everything About Him