Muhammad Sarim Akhtar a.k.a ‘the meme guy’ and ‘Angry Pakistani fan’ is now famous for being the distraught Pakistani cricket guy who caught the camera’s eye for his amazing expression. After watching Sarfaraz Ahmed drop an easy catch, a disappointed and angry Akhtar came up such facial expressions that pretty much changed his life.

It was priceless and this face of disappointment now proudly sits across T-shirts worn by Cricket fans.

On 12th May, during the Pakistan vs Australia match in Taunton, Akhtar’s epic reaction went viral after the TV cameras spotted him looking angry and disappointed with hands on his hips.

That look was extremely relatable though. Apparently, Akhtar is a London resident who even explained to an ICC commentator that he was unhappy by a dropped catch in the field, which is what prompted the reaction.

As per the meme guy, “I could see it land on his hand and then he dropped it, so it was really disappointing to see it happen right in front of me. And I couldn’t say anything because he had just come off a family tragedy, so I didn’t shout at him.” 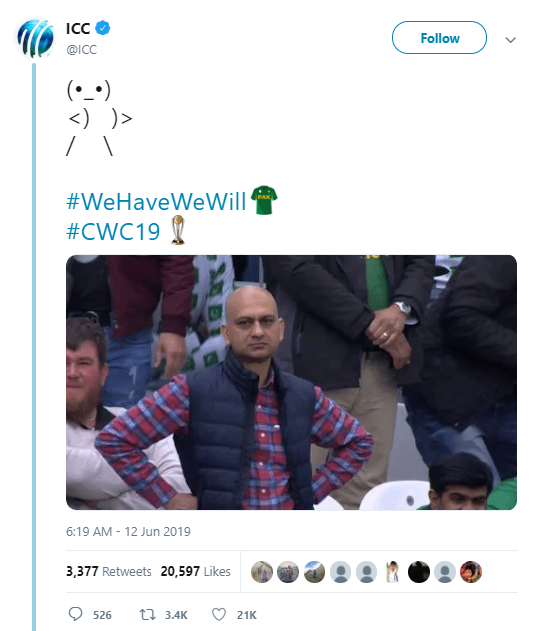 The same day, ICC acknowledged the meme guy’s presence and tweeted about it. Quickly his picture went viral and prompted a series of the reaction online. Meme makers came up with hilarious memes and jokes for the same showcasing the angry Pakistani fan.

And hence, began the meme fest that has now escalated to being worn as fashion too by enthusiastic cricket fans.

After ICC’s tweet went viral, several cricket fans started coming up with their own version of memes. A twitter user Abdullah Faiz@Abdulla86151619 posted a meme that was as relatable as the meme guy’s facial expressions. 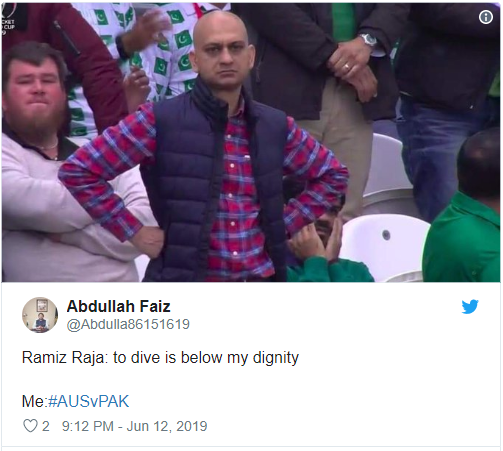 Another user Fasih Uddin@FasihUddin uploaded a meme on the same day that was a sarcastic slap on Pakistan’s impressive batting skills which was aptly decorated by the meme guy’s facial expression. 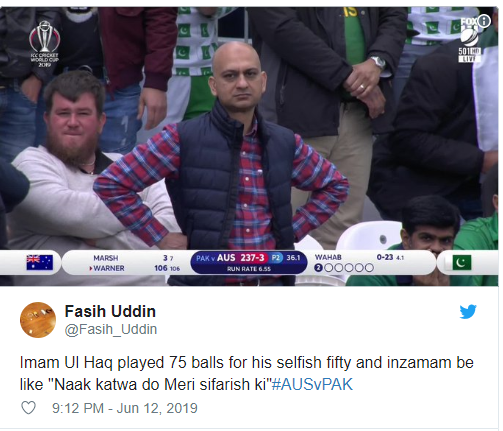 The frustrated and disappointed face of the ‘meme guy’ spread with leaps and bounds on all social media platforms. Soon, creative minds on social media started using his face and his epic expressions in different context.From then on, there was a horde of memes everywhere and his face could be seen being dropped just like #PKMKB was used in its glory days.
A creative Twitter user sam.eer.10@sam_eer_10 posted a meme in the context of the very popular sensitive toothpaste brand ‘Sensodyne’ using meme guy’s face to project the expression on the 10th dentist who doesn’t recommend it to people.(And yes, we feel it ) 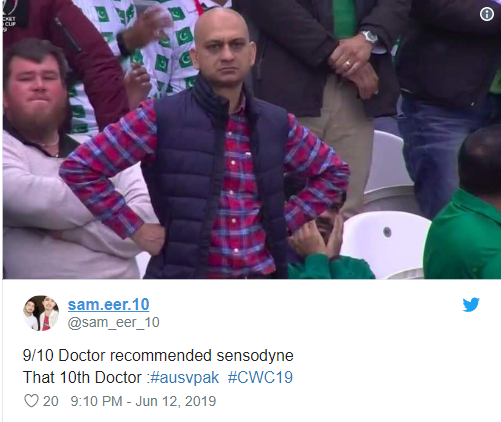 Also, another user HURAIRA ツ@AslamYaxin rightly described the meme guy’s expression in the caption of his tweet. On 12th May, he posted the Akhtar’s picture with the caption,” You can see 220 million Pakistanis in him.” 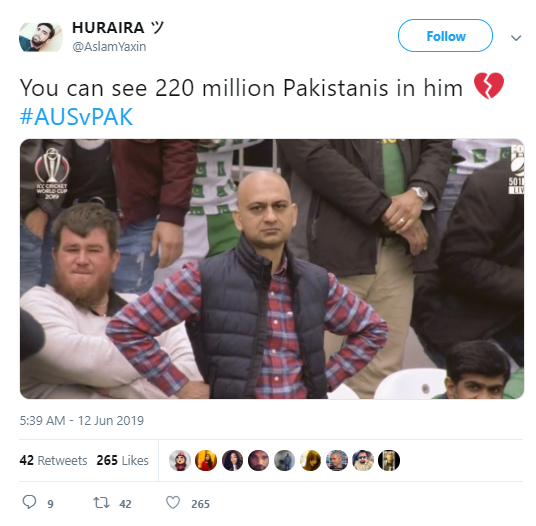 Taking a leap to viral fame, this guy even made it to being printed on T-shirts, just like our mature bag guy who got fame with his badass tips for college goers. Enthusiastic cricket fans now flaunt the t-shirt while watching match in stadiums.
ICC World Cup’s official Twitter handle recently shared a video that shows Pakistani fans wearing T-shirts featuring the popular meme face of Akhtar during the match between Pakistan and New Zealand.

A group of Pakistan fans have come to today’s game wearing @msarimakhtar (A.K.A the ‘Meme Guy’) T-shirts ? #CWC19 | #NZvPAK pic.twitter.com/WNpUelPh3l

“A group of Pakistan fans have come to today’s game wearing @msarimakhtar (A.K.A the ‘Meme Guy’) T-shirts,” tweeted Cricket World Cup along with the video. An enthusiastic anchor can be seen interviewing a bunch of fans wearing the meme T-shirt. 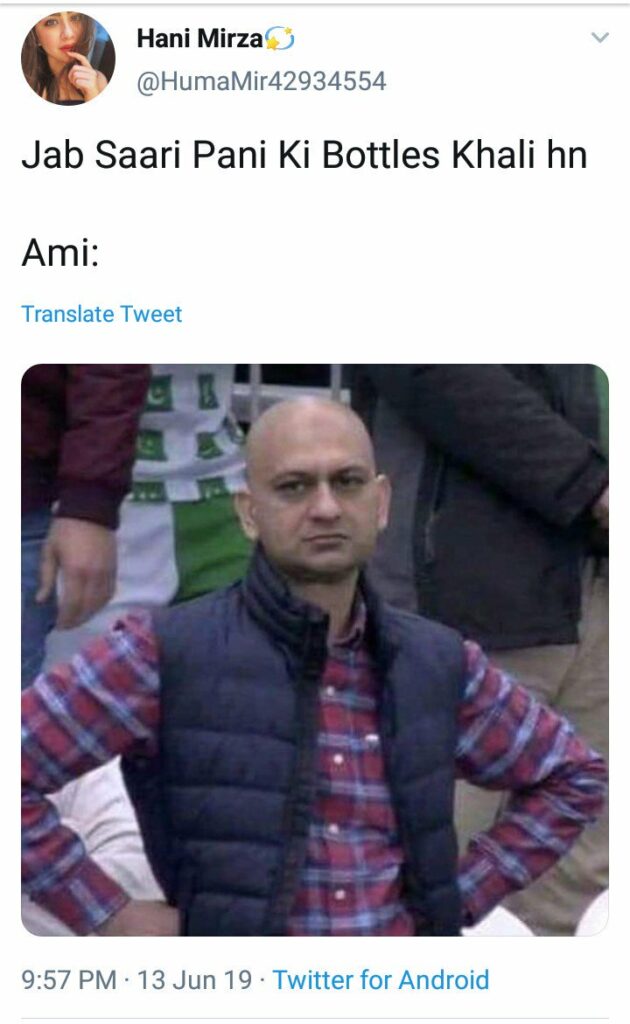 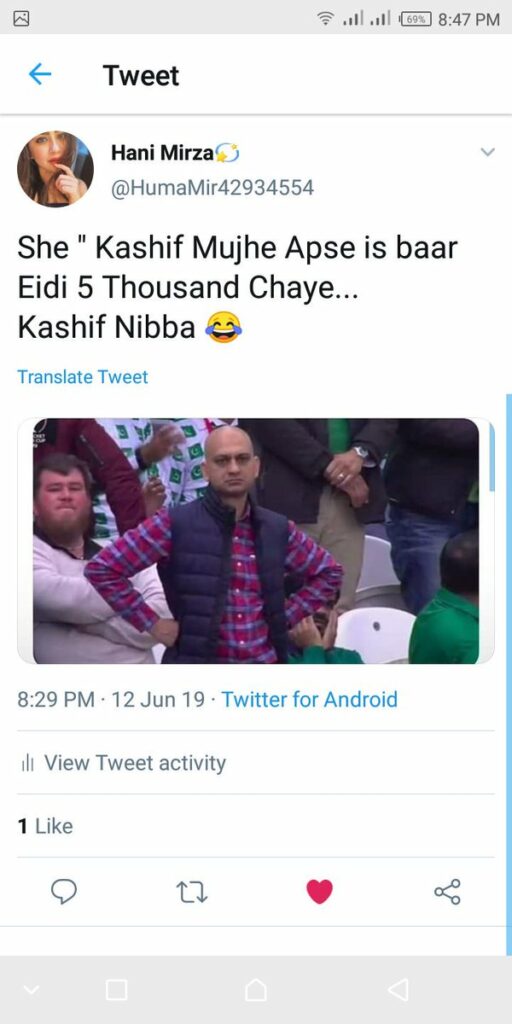 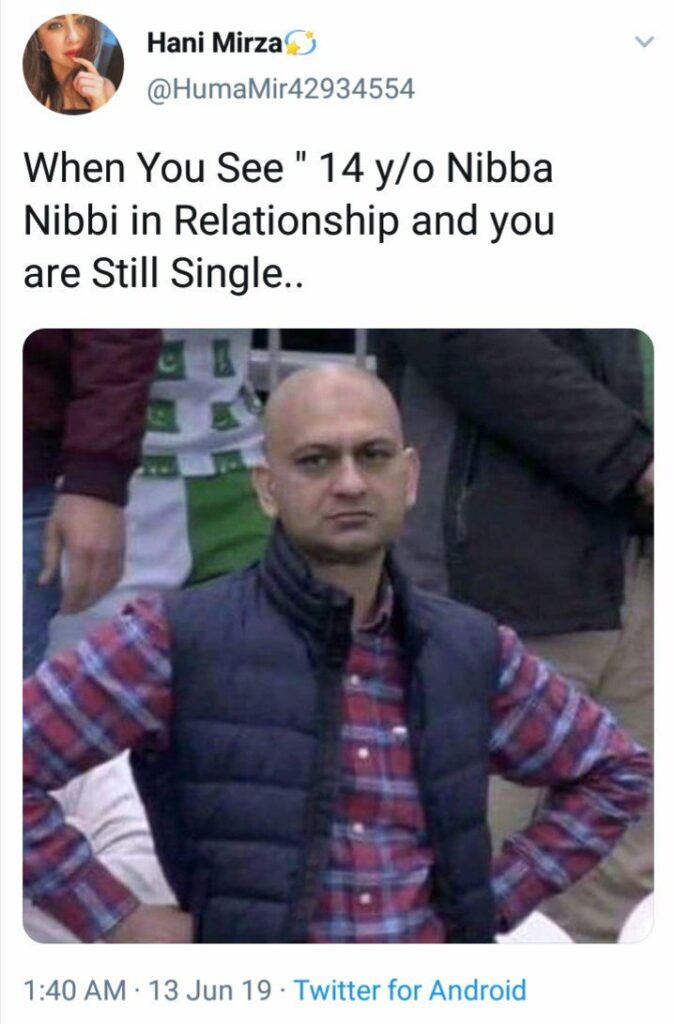 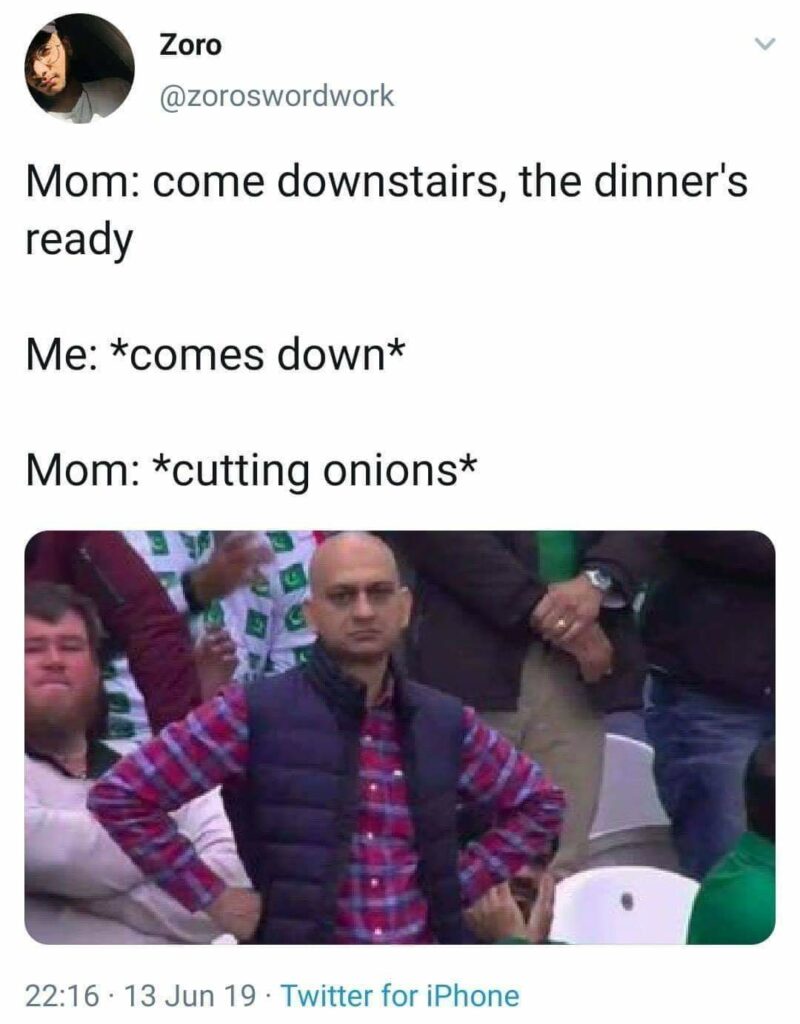 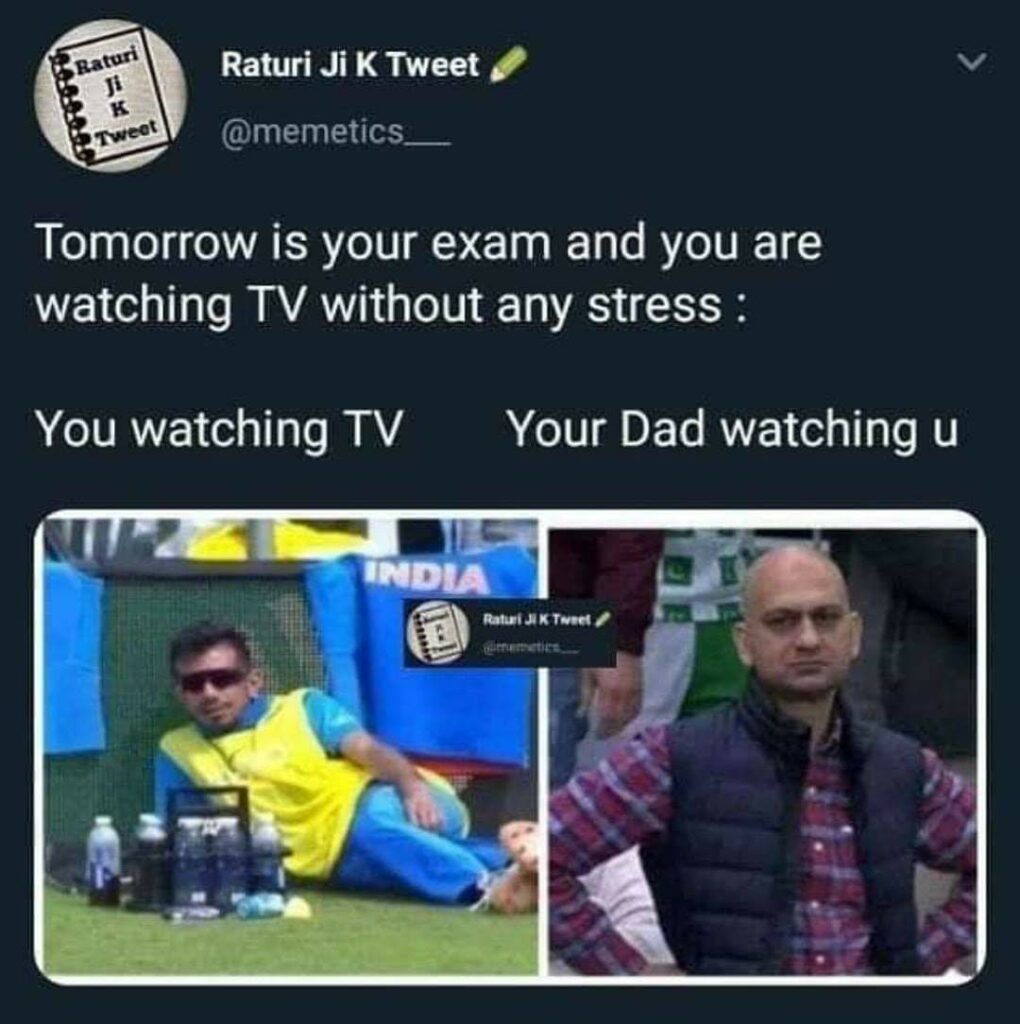 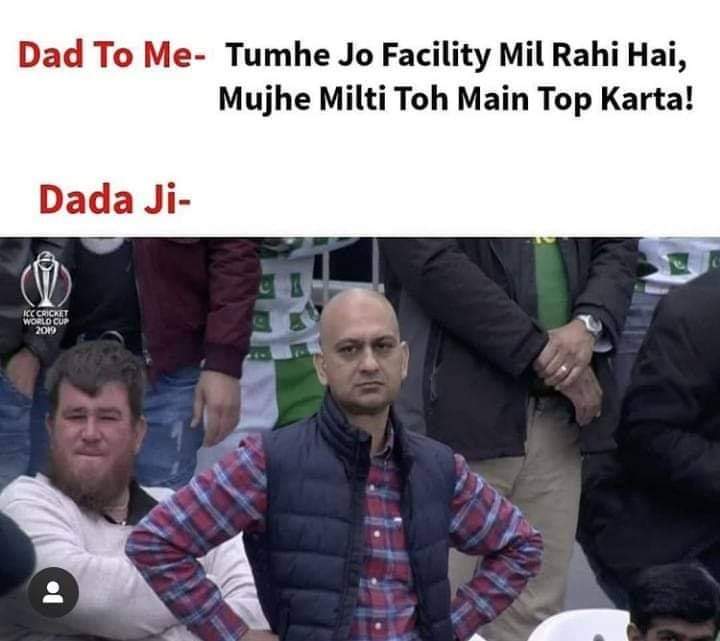 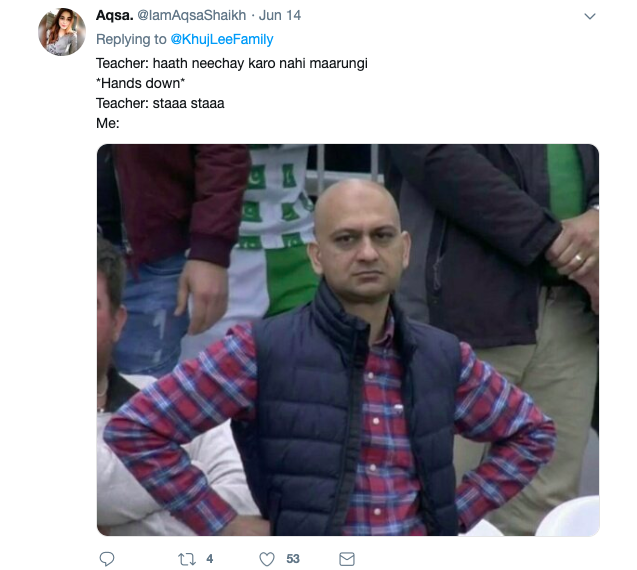 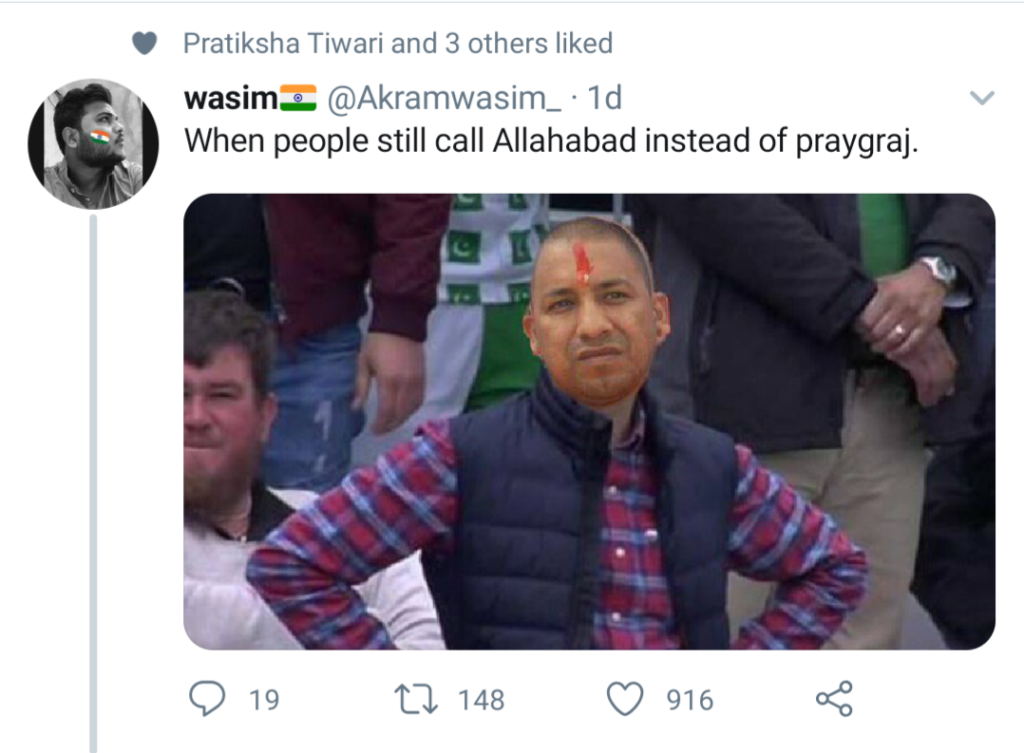 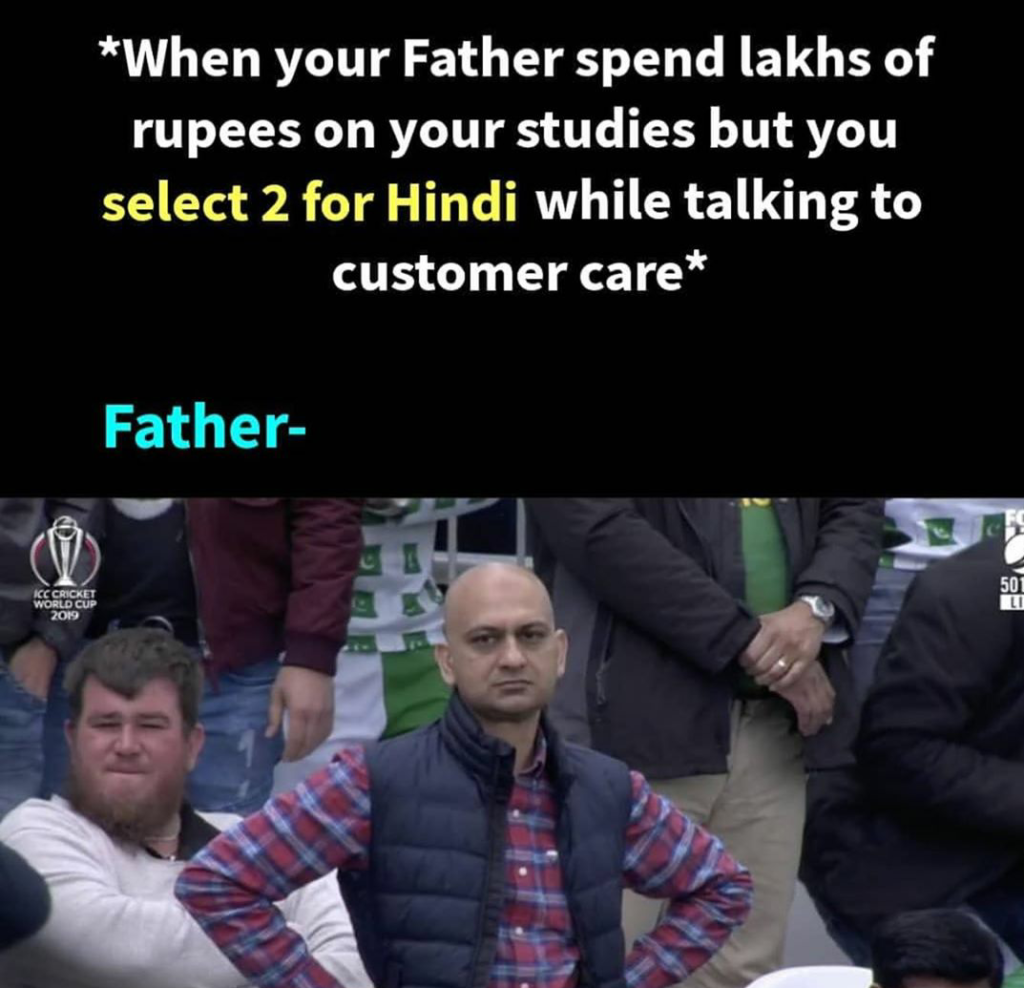 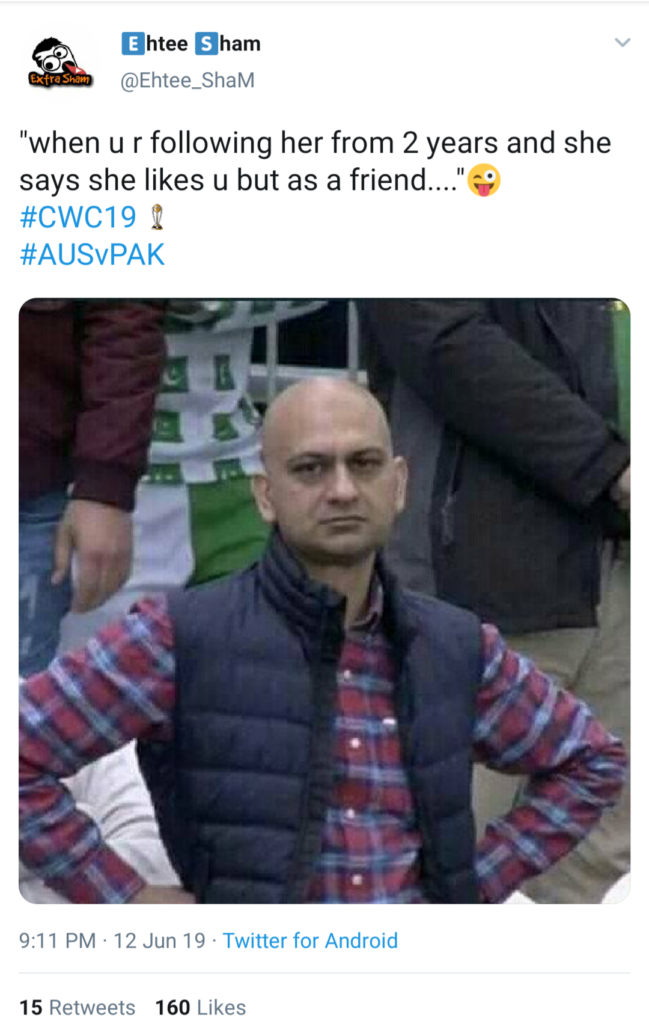 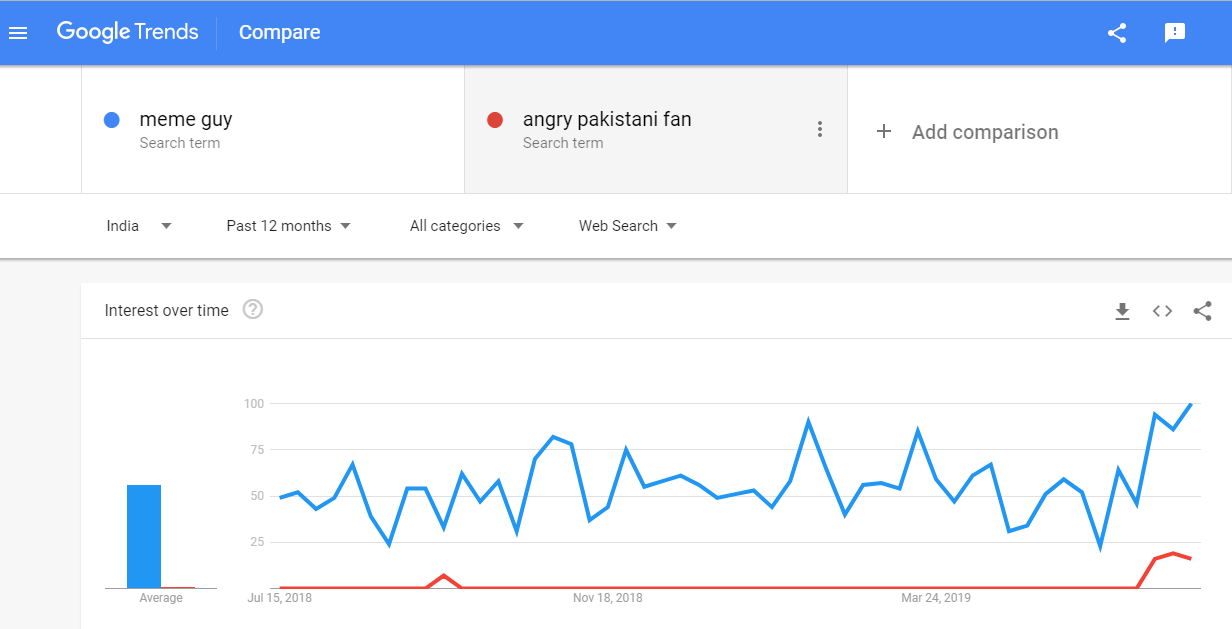 Who is Priya Prakash Varrier: Wink girl Who Went Viral In Memes